How medicine is advancing beyond race 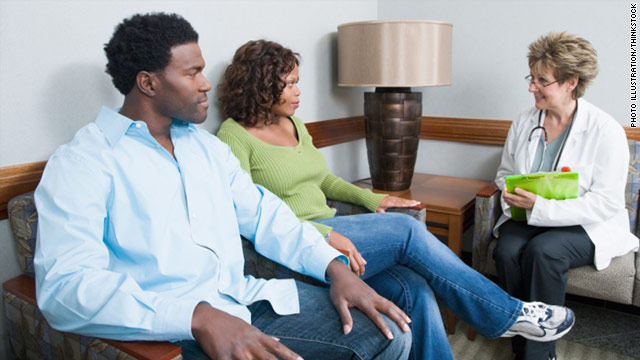 Many Americans don't have a "pure" genetic heritage from only one world region.
STORY HIGHLIGHTS
RELATED TOPICS

(CNN) -- No matter what race you consider yourself to be, you have a unique genetic makeup.

That's why, as technology improves and researchers explore new implications of the human genome, medicine is going to become more individually tailored in a model called personalized medicine.

Although we've been hearing for years that people of particular races are at higher risk for certain illnesses, personalized medicine will (in theory) make better predictions based on actual genetic makeup. And even now, race is less relevant to your own health care than you might think.

But doctors say a patient's culture -- the collection of norms, goals, attitudes, values and beliefs -- will always be important to health care, no matter how sophisticated genetic technology gets.

Biologically, what is race?

When it comes down to it there's, no clear-cut way of saying that one person "belongs" to one race or another -- in fact, a person who has the skin color and hair type typical of one race may self-identify in a completely different way.

RACE AND DISEASE
Race's importance may be fading in medicine, but scientists have identified many associations among particular groups, such as these:

-- In India, one in 25 people has a genetic mutation that increases the risk of heart disease.

-- People of Ashkenazi Jewish descent are at higher risk for Crohn's disease, Gaucher's disease, Tay-Sachs, colon cancer and certain types of breast cancer, which have all been tied to specific genetic mutations

-- African-American men had a 30% greater chance of dying from heart disease, compared with non-Hispanic white men, in 2007

And if you think that race comes from location-based populations, many Americans don't have a "pure" genetic heritage from only one world region. In fact, 9 million Americans identified as multiracial on the most recent census, so it's hard to make these distinctions.

You probably have genes that came from several groups of ancestral communities. Based on archaeological evidence, everyone's earliest ancestors came from Africa more than 2 million years ago, so we're all descended from the same "race" anyway.

"There are genetic ancestries -- markers that you can see -- but those don't necessarily perfectly correlate with what people consider their own race to be, because that's sort of an artificial construct," said Dr. Wendy Chung, assistant professor of pediatrics at Columbia University Medical Center.

What's behind racial patterns of disease

Although races are labels that humans have invented to categorize each other, research into reasons for race-based trends is ongoing.

There's a heart failure drug, BiDil, approved specifically for African Americans. But since race itself does not predispose people to illness, this drug remains controversial.

For decades, doctors thought that sickle cell disease was exclusively African, but some people of Mediterranean and Indian origin also have the genetic trait. We now know that the genetic trait for sickle cell disease protects against malaria, and that it is found among people with ancestry in places where malaria is, or used to be found, biologists Marcus Feldman and Richard Lewontin point out in their essay "Race, Ancestry, and Medicine."

African-American life expectancy at birth is on average, about five fewer years than white Americans, according to the most recent data from the Centers for Disease Control and Prevention. But Dr. Vicente Navarro at Johns Hopkins University has shown in his research that social class is a bigger driver of U.S. life expectancy than race or gender. He points out in a 1990 Lancet study that the United States is the only Western developed nation that does not report health statistics according to class.

"You're measuring the poverty in the black populations, but if you were talking about poverty, then you would have (an) issue that you could do something about," said George Armelagos, professor of anthropology at Emory University. "We try to avoid the issues that we hope we don't have to do anything about, especially when it comes to inequality."

How genetics reduces the importance of race

Given the imperfect association between race and specific diseases, it makes sense that race would become less important to clinical medicine if your doctor could just look at your entire genome and pinpoint genetic variants that carry risk.

Genomic sequencing is getting cheaper, and researchers are working on identifying specific markers for many diseases.

For instance, we know that women who are Ashkenazi Jewish are at increased risk for carrying the BRCA1 and BRCA2 genetic mutations linked to breast cancer; there's already a test to see whether a person has those mutations, making racial origin itself irrelevant. There are also genetic predispositions to disease that have nothing to do with race.

But currently, the ability to make predictions is limited, says Michael Zwick, geneticist at Emory University School of Medicine.

"It's more than just the science or technology of being able to sequence the genome. It's interpreting the variation and how it will be applied," he said. More research is needed to translate that information into meaningful medical decisions for a patient, he said.

But race still has uses

Some anthropologists, like Armelagos, say race has already become meaningless in medicine. But doctors such as Dr. Sharonne Hayes, cardiologist and director of diversity at the Mayo Clinic, still see a purpose for race in public health.

Race has an important role in reaching populations at risk, Hayes said. Data about African-American risk can help target screening efforts for heart disease, for instance, she said. When it comes to allocating resources and focusing efforts on at-risk groups, race can be a useful tool, even if it is imperfect, she said.

And in clinical trials, it's important to get a broad representation of people so that the results aren't skewed, said Dr. Ellen Tedaldi, a professor at Temple University School of Medicine.

There are genetic ancestries -- markers that you can see -- but those don't necessarily perfectly correlate with what people consider their own race to be.
--Dr. Wendy Chung

Tedaldi directs Temple's program in HIV, a disease that disproportionately affects communities of color. In her studies, African-Americans and Latinos tend to come in for treatment at later stages of the disease. There is also a predominance of kidney disease among African-Americans with HIV.

Those are starting points for further investigation, she said.

"You may take that information and try and improve the outcome from either direction -- either a biomedical or more of a social or economic approach," she said.

So what does all of this mean for your next doctor's visit?

When Hayes sees a patient, she doesn't view him or her any differently based on race. She doesn't have a genetic test to gauge whether he or she is more likely to have a heart attack. She can only have conversations with the patient to create a profile of risk.

Lines of ancestry tell a lot more about a patient's potential risks than self-identified race, experts say. Knowing the medical history of your parents and grandparents has enormous predictive value for diseases you might be at risk for, Zwick said.

Genes aren't the whole story, either.

Each patient has deeply ingrained habits, attitudes and beliefs that no genetic test can identify but which are very much a part of health and wellness. For instance, some people come from cultures where family comes before the individual, and the doctor needs to respect that in creating a dialogue about healthy habits.

"It is about going home and having, perhaps, a culture built around certain foods that may not be as healthy as some other foods, and so being sensitive to that and working with that individual," Hayes said.