8 ways women can get ahead in the workplace 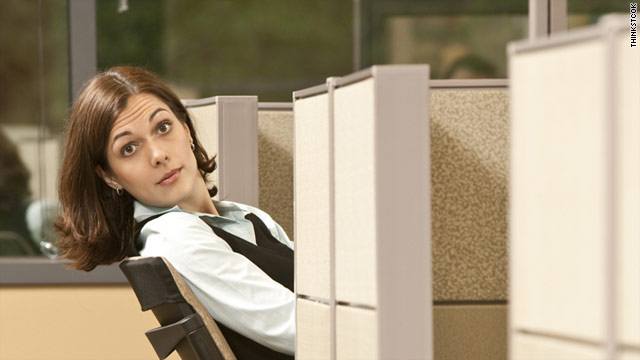 Career authors and workplace experts offer advice for the ladies on how to get ahead in the office in 2011.
STORY HIGHLIGHTS
RELATED TOPICS

(CNN) -- As a new year begins, some women are vowing to change their workplace situation. But how exactly do you get noticed by the boss? Or earn that pay bump? Or snag that sweet promotion?

It won't be easy.

A study last month by Catalyst, a nonprofit organization dedicated to expanding opportunities for women in the workplace, reported women accounted for only 14.4 percent of executive positions.

Government studies also find gender inequality remains prevalent in the workplace. While the gap has narrowed, women continue to earn less than men. For example, female managers earned 81 cents for every dollar earned by male managers in 2007, according to the most recent GAO report available.

So what can women do to catapult their careers?

CNN interviewed a group of business experts, researchers and authors about the unconscious mistakes women can make in the workplace -- and how to avoid pitfalls that may hurt their careers.

1. Quit thinking the workplace is fair

Last month, the Supreme Court Court agreed to decide whether to certify the largest class-action employment lawsuit in U.S. history, a long-standing dispute against Wal-Mart Stores Inc. over alleged gender bias in pay and promotions. The plaintiffs allege women were paid less than, and were given fewer opportunities for promotion than, their male counterparts.

The reality is that gender matters, says professor Sheila Wellington, who teaches the course "Women in Business Leadership" at New York University's Stern School of Business.

She says one of the most common mistakes women make is believing the playing field is equal. She says, "They have it in their minds that it doesn't matter if I'm a woman."

By acknowledging the barriers ahead such as the difficulties of reintegrating into the work force after having a child, women can better plan their careers. Wellington also pointed out some managers still believe women may not work as hard or put in as many hours. A woman can overcome this assumption by putting herself forward and offering to do more work.

2. What are you waiting for?

Many women believe if they do what they are told, they will be noticed and rewarded, says Lois P. Frankel, psychologist and author of the book "Nice Girls Don't Get the Corner Office."

She advises women should subtly call attention to their achievements. When it comes to compliments, she says women tend to reply shyly instead of owning her accomplishment by saying, "Thank you for noticing."

Asking for assignments that can help build your career is another way to get your manager's attention, Frankel says. Women should also speak up quickly at meetings. Employees who are the first to speak at a meeting are seen as having more self-confidence than those who make comments at the end, she said.

"If you lack the courage to ask your supervisor for something, then the answer is always 'no'," Wellington said. "What's the worse that could happen?"

Read 6 ways NOT to blow your interview

Mariko Chang, a Stanford-educated sociologist and author of books on women and wealth, said women should investigate the pay for their roles at similar companies or cities. By doing the research, women can negotiate a better pay or a new job offer.

We all know that work can be stressful, especially in this economic climate. With budgets shrinking and layoffs looming, people are more prone to snap, says Alexandra Levit, workplace issues speaker and author of "They Don't Teach Corporate in College."

Levit has heard stories of women losing their jobs because they were perceived as "over-emotional."

Criers are more likely to ruin their credibility with coworkers and managers, she said. To avoid a meltdown, Levit says women should take time outside of work to think of situations that make them upset and practice how to cope with them calmly.

5. Make the most out of feedback and criticism

It's not easy to swallow your mistakes, but sometimes you just have to do it.

You have to let your boss be able to give you honest feedback, says Hannah Seligson, author of "New Girl on the Job."

Seligson says politely handling negative feedback can demonstrate you are a resilient and receptive worker.

6. Look outside the office for opportunities

Just showing up to your cubicle is not enough. Actively participating in social outings, outside company functions and parties is just as important, says Catherine Tinsley, associate professor at Georgetown's McDonough School of Business.

Tinsley says women tend to hold the misperception that if they work extra hours, they can advance their career. Instead, the best way to network may be golfing with the guys or grabbing a beer with your coworkers.

"You really have to press the flesh," Tinsley says. "You have to let people know and see you."

7. Remember wealth is more than a paycheck

A job brings fringe benefits such as 401(k) plans and other employer contributions, and women should be taking advantage of them. Mariko Chang, who has written on women, wealth and the workplace, says women are less likely to invest in these benefits than men. She advises they should start contributing to their 401(k) immediately after their first job.

"Income is important, but wealth is what lets people retire comfortably," she said.

8. The way you look and talk matters

Your attire and speaking skills affect how others perceive you, and it's nothing personal.

Author and psychologist Lois P. Frankel says company cultures may vary, but proper workplace etiquette is essential for landing the next big job. Frankel advises young women to look to how successful senior female managers dress and emulate that style.

When women communicate, they should stick with simple but confident sentences. The more words used, the softer the message sounds, Frankel says. Women can also practice short speeches at home to help push their main ideas to the beginning.