Body language to power your career 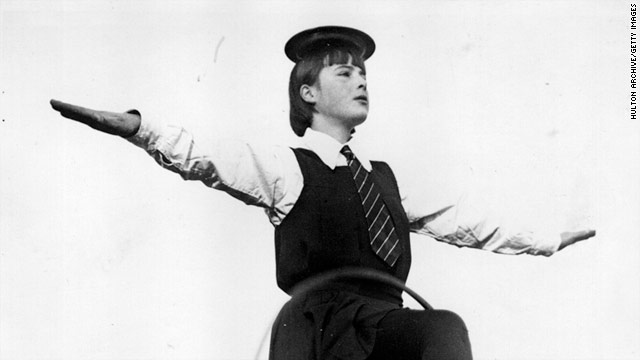 How people hold themselves plays a key role in determining whether they act as if they're in charge.
STORY HIGHLIGHTS
RELATED TOPICS

(CNN) -- Successful business leaders are well aware of the power of body language, but new research is suggesting that "powerful" body language could be more important than your rank in an organization.

A recent study by researchers at Northwestern's Kellogg School of Management and Stanford Graduate School of Business found that a powerful posture "activates a sense of power that produces behavioral changes in a person," regardless of their job title.

Participants in the study were assigned a high or low-ranking role and asked to adopt either an "expansive" -- legs apart and one arm spread out over an adjacent chair -- or "constricted" -- legs together, shoulders slouched and hands under thighs -- body posture.

Three separate experiments were conducted which all showed that individuals in the open body position took more action than those who were constricted.

"Going into the research, we figured role would make a big difference. But shockingly, the effect of posture dominated the effect of role in each and every study," Li Huang, a doctoral student at Kellogg and co-author of the study, said.

But others weren't so surprised by the results of the study.

Dennis Kravetz, a psychologist and author of "Relating Effectively," says that how you present yourself, both in terms of communication style and body language, will always have a greater impact than a job title or rank.

"What a person is saying and how they say it is ultimately how you get your message across," Kravetz said.

And powerful posturing isn't necessarily something that can be universally employed. Kravetz says women and some Asian cultures could be turned off by the "expansive" poses used in the Kellogg/Stanford study.

But there are other, safer strategies you can employ which demonstrate confidence and leadership, he says.

"Maintaining strong eye contact is interpreted as being confident, honest and direct. It is important for leaders and those who want to be influential to demonstrate this, Kravetz said.

If you don't, you can come across as evasive, unsure or worse still, a liar.

But be careful because this isn't the case in all cultures, Kravetz says. For example, in many Asian and some Hispanic cultures, unerring eye contact may be deemed offensive. Quick glances rather than holding eye contact are safer here, he says.

"Leaders and managers in general spend about 60% of their time listening, so doing this effectively is important, and eye contact is a very important part of both speaking and listening," Kravetz said.

Stand up straight and lean forward when seated

"People who are speaking react favorably to listeners who demonstrate that they are interested in what the speaker is saying," Kravetz said.

"Being closer and leaning toward a person is a very positive element, as long as it is not too close. So if a person wants to be seen as influential, powerful and a leader their body language must demonstrate this as well."

Use gestures and facial expressions

Also, vary your facial gestures when both speaking and listening in a way that reflects what someone has just said to you.

Again, be careful how and where you employ gestures.

Waving your arms around while delivering a speech won't wow an Asian audience and will simply raise suspicions about your temperament.

Say what you feel and feel what you say

Effective communicators are more direct in saying what they feel and feeling what they say, Kravetz says. So try to avoid indirect responses, cut out the ums and ahs and don't ramble on.

"Sometimes individuals will agree with the person because of how they said what they said more so than the actual content of the words. Your overall presentation can be very compelling if done well," Kravetz said.

Add this to effective gesturing and the right amount of eye contact and you've got quite a convincing package.