Jobs before they were president 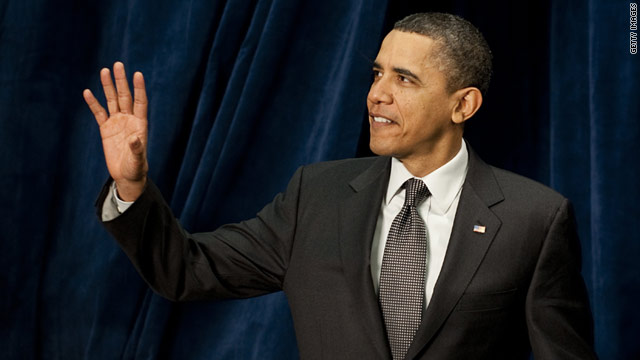 President Barack Obama worked as a director, consultant and instructor before he was elected.
STORY HIGHLIGHTS
RELATED TOPICS

(CareerBuilder.com) -- Everybody has to start somewhere. That includes all of the celebrities, billionaires, executives and CEOs of the world -- even U.S. presidents.

So where did they begin their careers? Read on to find out what 11 U.S. presidents did before landing in office.

Before he became the first president of the United States, George Washington was a surveyor. Surveyors measure land, air space and water, explain what it looks like or how much is there, and then put those facts into legal documents. Washington was the official surveyor for his county in 1749, which allowed him to purchase his first piece of land in western Virginia. ("Washington: A Life," by Ron Chernow.)

John Adams, the second U.S. president, was expected to become a minister, but he wasn't sure he wanted to take that career path. After teaching for a few years, Adams decided to become a lawyer and was admitted to the bar in 1758. ("John Adams: A Life," by John E. Ferling.)

Before taking office as the third president of the United States, Thomas Jefferson was somewhat of a jack of all trades. Growing up, he studied history, science, math, metaphysics and philosophy, in addition to several languages. As a result, he was recognized as a horticulturist, political leader, architect, archaeologist, paleontologist, musician and inventor. He also founded the University of Virginia. ("Thomas Jefferson and the New Nation: A Biography," by Merrill D. Peterson.)

After a brief stint as owner of a general store in 1832, Abraham Lincoln, the 16th president of the United States, was the postmaster for the area in which he lived. After that, he taught himself to become the county surveyor. Then he became a lawyer, another self-taught profession. He was admitted to the bar in 1837. ("Lincoln," by David Herbert Donald.)

Before his career in politics, Andrew Johnson worked as an apprentice tailor for his mother while in his adolescent years. He eventually left his apprenticeship and found work as a tailor in South Carolina and Tennessee. He became the 17th president of the United States in 1865. (Encyclopedia Britannica and "Labor of Innocents: Forced Apprenticeship in North Carolina, 1715 - 1919," by Karin Zipf.)

James Garfield, the 20th president of the United States, dabbled in education before entering the second-shortest presidential term in 1881. He was a preacher for about a year at a Christian church when he decided to try his hand as principal of a high school in New York. When another applicant got the job, he became an instructor at the Eclectic Institute, where he taught classical languages and then was made principal. ("Garfield," by Allan Peskin.)

CareerBuilder.com: An entire career at one company

William Howard Taft was in the legal field before his presidency in 1908. After passing the bar, Taft was the assistant prosecutor for his county in Ohio. In 1882, he was selected as local collector of internal revenue (IRS, anyone?). A few years later, he was appointed a judge on the Ohio Superior Court and then in 1890, President Benjamin Harrison appointed him solicitor general of the United States, otherwise known as the person who represents the government before the Supreme Court. ("William Howard Taft" by the National Park Service and "William Howard Taft" by Walter Hertz, Unitarian Universalist Historical Society.)

Woodrow Wilson also got his start in education. After receiving his Ph.D., he was a visiting lecturer at Cornell University in 1886, but wasn't offered a full-time gig. He landed teaching jobs at Bryn Mawr College (1885-1888) and Wesleyan University (1888-1890), where he coached the football team. Wilson was also the president of Princeton University from 1902 to 1910 and was elected president in 1912. ("Wilson, Woodrow," by Arthur S. Link.)

Herbert Hoover graduated in 1895 with a degree in geology. He served as a geologist and mining engineer while searching the Western Australian gold fields in 1897. After being appointed mine manager at 23, he mined the Sons of Gwalia gold mine, and also the Big Bell, Cue, Leonora, Menzies and Coolgardie mines. He continued his mining and engineering career until 1908, when he became an independent mining consultant. He was elected to office in 1928. (Gwalia Historic Site and "Hoover's Gold," from Australian Broadcasting Corp.)

CareerBuilder.com: 2 weeks at this job and I HATE it -- should I quit?

Ronald Reagan was an actor before taking office as the 40th U.S. president in 1981. He starred in more than 50 movies, was president of the Screen Actors Guild, and was a spokesman for General Electric, which is when he got his start in politics. Before that, Reagan was a sports broadcaster at the University of Iowa, where he was paid $10 per game. He became a radio announcer before working as an announcer for the Chicago Cubs. He received his contract with Warner Brothers in 1937. ("Actor, Governor, President, Icon," by Lou Cannon, The Washington Post).

Current U.S. President Barack Obama had several jobs before being elected as the first African-American president in 2008. Obama worked for three years as director of the Developing Communities Project, a church-based community organization in Chicago. He also worked as a consultant and instructor for the Gamaliel Foundation, a community-organizing institute in Chicago. ("Who's Who in America, 2008," Karen Chassie.)