Librarians: Masters of the info universe 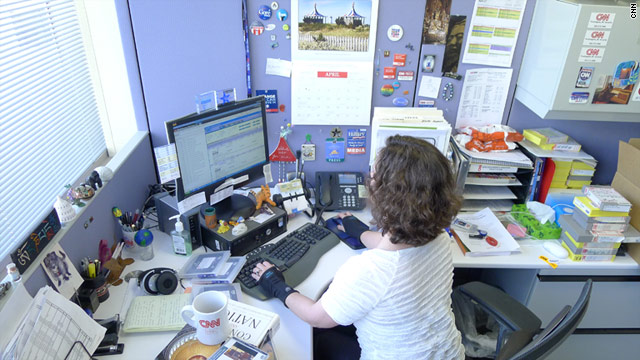 (CNN) -- Librarians, information specialists, knowledge managers or whatever title a librarian might have -- their skills are in high demand. And, though you might not know it, they are everywhere.

And so in their honor during National Library Week, we enjoy the following tidbits of information.

Famous people who were librarians

FBI Director J. Edgar Hoover, Casanova, Israeli Prime Minister Golda Meir, former first lady Laura Bush and China's Mao Zedong. At one point in their lives, each of them either worked as librarian or in a library.

Librarians don't just use books anymore. Searching through tweets, blogs, podcasts, websites and more to find accurate and authoritative information has become more the rule than the exception.

At a time where anyone can Google just about anything, librarians don't just find information, they find the correct information -- and fast. The American Library Association reports reference librarians in the nation's public and academic libraries answered nearly 5.7 million questions each week in 2010.

Even "Star Wars" creator George Lucas has his own research library on his Skywalker Ranch. Lucas started the library in 1978, and the collection is housed under a large stained-glass dome.

Librarians influence our culture and society

While clearing out old archives at the Palmer Theological Seminary in 2005, librarian Heather Carbo found a working manuscript of one of Beethoven's final compositions.

When the CIA needs to provide information to the U.S. president, they turn to their librarians. To become one of the U.S. intelligence's community research experts, a librarian must pass medical and psychological exams, polygraph interviews and clear extensive background investigations.

Alia Muhammad Baker, the chief librarian of Basra, Iraq, removed 30,000 books from the city's main library before it was destroyed during the 2003 invasion of Iraq.

Their numbers are many

Librarians are behind the scenes in current events

-- Federal government shutdown. Lawmakers go to the Congressional Research Service, a division of the Library of Congress, for information.

-- The royal wedding at Westminster Abbey. The Abbey's Library and Muniment Room has a historic collection of books, manuscripts and archival material.

Warning to readers about librarians

A character in "The Callahan Touch", one of science fiction writer Spider Robinson's books, said, "Librarians are the secret masters of the universe. They control information. Never piss one off."

Kerith Page McFadden has a masters of library science from the University of North Carolina-Chapel Hill and has been a librarian at CNN for the past 12 years.