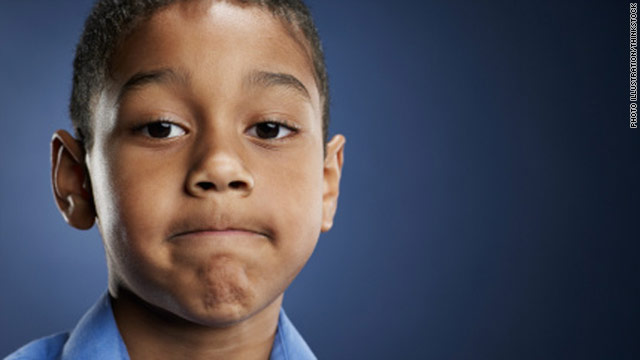 (PARENTING.com) -- Since last night's unexpected announcement that terrorist Osama bin Laden had been killed, many parents are grappling with how to talk to their kids about this huge news story.

Young children, most born after the horrible events of September 11, may hear bits and pieces at school even if parents took care to keep the morning news turned off. How do you explain the contradiction that it's wrong to hurt someone, but in this case the president said it was justified?

We talked to Paul Coleman, a clinical psychologist who specializes in trauma and wrote the book "How to Say It to Your Child When Bad Things Happen".

He offers these tips to find out if you should bring it up with your kids, and what to say if you do.

• Although Coleman generally suggests age 7 as the best time to start talking to kids about tough stuff, this story is ubiquitous enough that preschool and kindergarten-age kids may get wind of it anyway from classmates.

Tension in the situation room

"I would ask leading questions," says Coleman, "like, 'Were the kids talking about anything different than normal at school today?'" Once you understand what your kids have heard, you can correct any misinformation and take it from there.

• If you do broach the topic with your kids, keep the message simple. "Kids are very black and white, without a lot of ability to think abstractly," says Coleman. Emphasize that bin Laden was very bad and hurt many people, and that when you hurt other people, you get punished so you can't keep hurting. You might even give them the relatable analogy of a bully who gets in trouble so he'll stop picking on other kids.

Parenting.com: How to raise a good-hearted child

• If you haven't discussed the events of 9/11 with your kids already, you'll have to gauge if now is the right time. Since it happened before they were born, and may feel more historical than real, some kids will be able to handle it. But if your child's a worrier to begin with, you might want to stick with giving her information on a need-to-know basis.

Parenting.com: What I told my kids about 9/11

• Above all, emphasize that the grown-ups are in charge and that kids are safe, especially if they've caught wind of retribution fears. No, we can never know with 100% certainty that we are truly safe, but kids need the comfort of absolutes.

Here's how parents we polled are tackling this issue with their kids today:

• We will probably talk about it after school today. My kids are little, so I'll keep it simple and say Bin Laden was a very bad man who hurt a lot of people before they were born and this was the best way our country could think of to make sure he couldn't hurt anyone else.

• My 9-yo daughter happened to be watching the news with me this morning, so I gave her and my 7-yo son a very brief synopsis of what happened. My daughter thanked me for telling her, so she'll know the facts if other people were talking about it at school.

• I did talk to my 6 yo daughter about it this morning. I would rather her hear about this topic from me and be able to ask questions and not be afraid than hear it from potentially misinformed classmates. She's mature for her age and asked great questions. I'll keep the lines of communication open to be sure she feels comfortable to ask more questions if she wants to.

• We told them that there was a mean man, Osama, that killed a lot of Americans. Then explained to them about "army men" and how they captured him and sent him away forever so the mean man will never hurt any Americans again! I told them to be proud of our country and be proud to be an American!

• I told my sons the biggest bad guy in the whole world got caught by our good guys.