What happens after infidelity

By Amy Wilson, Special to CNN 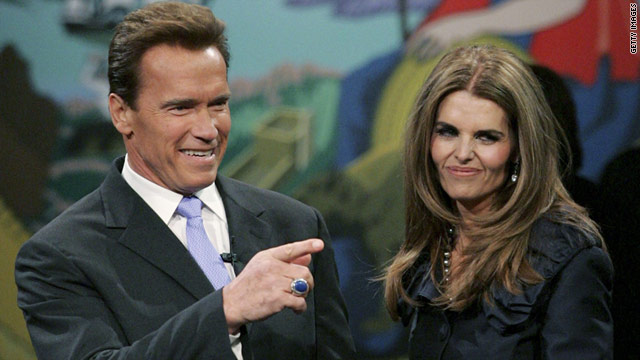 (CNN) -- It's been said that the only people who know what goes on in a marriage are the two people who are in it, and sometimes, even they're not sure.

The news that the Arnold Schwarzenegger-Maria Shriver 25-year blissfest ran afoul of the former governor's decade-old dalliance and subsequent child from said dalliance makes the pair likely headed toward an uncertain hell.

Baby boomer breakups and the search for a perfect union

So it was that marriage counselors across the continent sighed deeply Tuesday and said, "Welcome to our world."

"This is so very, very, very common," said Dr. Laurie Moore, a licensed marriage and family therapist from Santa Cruz, California, speaking about the number of married couples who struggle through a partner's confessed infidelity.

Dr. Steve Solomon, a La Jolla, California, therapist and author of "Intimacy After Infidelity: How to Rebuild and Affair-Proof Your Marriage," said the vast number of couples coming in to save their marriages after infidelity is the reason he wrote his book in the first place.

And it's not just because people don't like their sex lives at home.

"When people marry, they have this ideal of eternal fidelity," said Beth Hedva, a therapist and psychologist from Alberta, Canada. "A breach of that ideal can be cause for great injury, yes."

But, Hedva said, a man or woman can love his or her spouse very much and still be capable of an affair. Such infidelity is not as uncommon as we like to pretend, she said. Its acceptability varies with cultures. Its tolerance varies in our own circle of friends.

"This is not about condemning or condoning that behavior, but what is true," said Hedva, author of "Betrayal, Trust and Forgiveness."

Source: Arnold Schwarzenegger 'realizes the terrible mistake he made'

How common is infidelity?

Go to the Internet and to something called infidelityfacts.com/infidelity-statistics.html. Right there it says that the percentage of marriages where one or both spouses admit to infidelity, either physical or emotional, is 41 percent.

"The Monogamy Myth" author Peggy Vaughan famously reported that 60 percent of men and 40 percent of women will have an affair at some point in their marriage.

Yet, according to a National Opinion Research Center study on American Sexual Behavior conducted in 2006 by the University of Chicago, researcher Tom W. Smith wrote: "There are probably more scientifically worthless 'facts' on extra-marital relations than on any other facet of human behavior."

Smith went on, excoriating everything from "studies" done in Cosmopolitan and Redbook magazines to those done by Dear Abby. "These studies typically find an extremely high level of extra-marital activity. (Pop-sexologist Shere) Hite, for example, reported that 70 percent of women married five or more years are having sex outside of their marriage."

Smith was dismayed. Scientific surveys, he wrote, indicate that it's more like 15 percent to 18 percent of married people who commit old-fashioned adultery. That may be, but everybody you talk to says nobody tells the truth on those surveys.

The truth is out there but who has it?

Who cares who has it, what should I do first if this happens to me?

Solomon, who is also co-founder of The Relationship Institute in La Jolla, California, gave this advice:

1) Don't rush to make any big decisions, especially irreversible ones.

2) Don't tell your children. Especially if they are small.

3) Take care of yourself. This will ensure the patience and calm you will need.

What will I feel?

"Sexual fidelity is a fundamentally important part of that trust that has been broken, but the whole has been affected. Everything is questioned, then, about the marriage, if the faithfulness was not kept. What was real? Was I a fool? The impact is like a death. The grieving is like a death. Nothing was what it appeared. That is what has to be healed."

Admittedly, the couples who want to save their marriage will seek help. The ones who cannot see past the infidelity will seek attorneys.

If the decision is therapy, the one who betrayed the other should expect some fury, said Solomon, and to stand ready to take responsibility.

But, after some time, the victim should be prepared to go beyond the fury and to build toward the future.

What will we will say?

"There is usually sadness, anger, hurt, betrayal and a lack of self-esteem on the part of the one betrayed," therapist Moore said. "But there is also a lack of self-respect and self-esteem and a sense of remorse for the betrayer. Lot of work there."

Who has to be healed, exactly?

Post the revelations, what are our chances of staying married?

This is an opportunity for deep healing, Hedva said. In her practice, she said, one-third use the infidelity to clean their conscience and to re-engage as a couple.

Another third use it to get out of the relationship. And the last third is trying to regain their trust, and their potential is quite good.

How long will healing take?

If you work hard, expect a two-year miracle.

Finally, what should we do about Arnold and Maria?

In marriage counseling, Moore said, it helps immensely if the victimized partner realizes how imperfect they are, as well.

"When we offer ourselves up with some humility," she said, "we apportion less blame to others."

Person close to Shriver: She is not adrift