Warnings and tips for stepparents 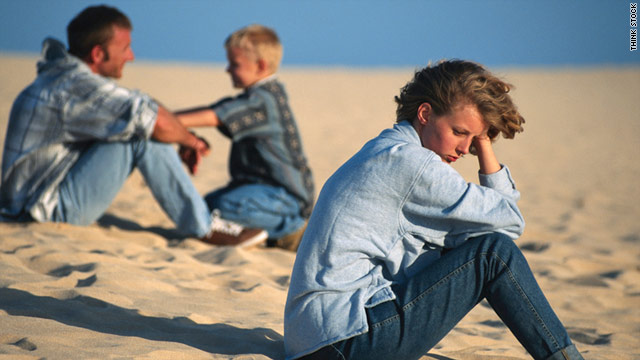 In challenging situations, stepparents can feel frustrated about their role in terms of discipline.
STORY HIGHLIGHTS
RELATED TOPICS

Editor's note: Lee Rose Emery is the writer of the award-winning blog LACityMom, tips from the carpool lane.

(CNN) -- I marvel at how many people live in blended families and how well they seem to manage.

Forty percent of Americans have at least one steprelative in their family, either a stepparent, a stepsibling or half sibling, or a stepchild, according to the Pew Research Center.

Knowing how hard parenting is in a traditional family, I couldn't help but wonder what additional issues stepparents face along the way? And how do they manage to forge meaningful relationships with their stepchildren? I decided to interview some stepparents to find out.

I found that the parents willing to share had many similar insights, even if they may have used their words cautiously. I also spoke with some experts on the subject.

The biggest challenge to the majority of the stepparents I interviewed was the ambiguity about their role in terms of discipline.

Vicki Peet, 45, of San Anselmo, California, has been a stepmother of two girls for 8 years. She described a "feeling of uncertainty" in dealing with her stepdaughters, particularly in challenging situations.

The plight of stepmoms on Mother's Day

Dave Larmore, 44, of Los Angeles, was a stepfather to two boys for 15 years. He noted that "trying to figure out where out where you fit in, in terms of discipline, is the hardest part."

Matt Olmstead, 45, of Los Angeles, has been a stepfather of three children, for 3 ½ years. He agreed that "the hardest part is discipline." In his case, his stepchildren have a very active and devoted father, so he said, in terms of discipline, he "wants to be respectful of that other parent."

Mark Haffenreffer, 45, of San Francisco, has been a stepfather of two kids for 3 years. He also told me that the hardest part for him was, "learning to discipline in a way that was acceptable to everybody."

Stepparents have "a lot of responsibility but none of the authority," says Jenna Korf, a stepparenting coach and writer for the website, NoOnesTheBitch.com, which is devoted to stepparenting with the focus on the stepmom/ biological mom relationship. She added that, "a great deal of the challenge and stress that is experienced in blended families is due to the dynamic between families."

Psychologist Dr. Sally Howard of South Pasadena, California, is a stepparent and a psychologist who leads workshops on stepparenting.

"Very often, the stepparent feels like an outsider to the position of the biological parent, who is the insider with the child," she said.

Peet shared a similar sentiment, saying that she sometimes felt it was "three and one," (her husband and his two kids -- and then her.) Even now that Peet has two kids with her husband, she added, "sometimes, I still feel separate, that it is the three of us (she and her two kids) and her husband and his children.

Howard describes stepparenting as a multistaged process. In the beginning, there is "a fantasy stage where the new couple dreams of a new and unified family," she said. "The kids often dream of getting the old family back together."

Stage two, she said, "is often one of culture shock" as "there are two distinct family systems and cultures being lived in a very intimate space." She recommends "maintaining a sense of curiosity, and attempting to put words to feelings instead of going into blame." She also added, "patience is important."

The following stages involve experimentation and "trying things that are different, and using understanding to create a stepfamily culture."

The honeymoon stage arrives "when there is more intimacy, authenticity and spouses have a team problem solving ability. There is a new sense of "this is the way we do things." She added that the entire process can take four to seven years.

Howard said she has found stepparenting to be "humbling."

"I grew up in a stepfamily. Both my husband and I are mental health providers. I imagined stepparenting would be smoother for us than it was," she said.

So patience and self-compassion seem to be important elements in this multifaceted process, but what other nuggets of wisdom could be learned from these modern families? What one piece of advice would these stepparents pass on to new stepparents, especially in light that all of them seemed to have forged loving, meaningful relationships with their stepchildren?

I found it interesting how many of them said the same thing: "Let your stepchildren come to you," Peet said. Korf's statement mirrored that, "let [the relationship] evolve naturally."

Larmore advised: "Don't be too heavy handed, and take (your stepchildren) on their own terms."

Haffenreffer agreed, "Don't be overly zealous, let them come to you."

Tiffany Payne, stepmother of one, added, "Keep your focus on what's best for the child, and don't let the grown-up nonsense get in the way."

Dawn Olmstead, who has one stepdaughter, said, "Think of yourself as a champion. You're not there to replace anyone, but to champion their feelings, and sense of security."

Korf suggested that stepparents seek community. "Support is out there. It is not always easy to find, but it is there, and people who are not stepparents are not really going to understand."

"Becoming a Stepfamily" by Patricia Papernow has been an invaluable resource to Howard and her patients.