The best and the worst summer jobs 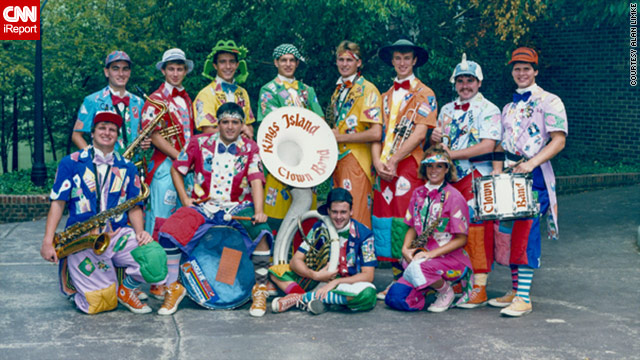 Alan Limke had the time of his life in an amusement park clown band (see the young man in the sideways green hat).
STORY HIGHLIGHTS
RELATED TOPICS

(CNN) -- Ira Botnick didn't expect to love the view of Los Angeles from the back of a garbage truck, much like Keara McCarthy thought she would love selling ice cream. Then again, summer jobs aren't often what they appear to be.

From awkward tan lines to undesirable duties, these seasonal jobs fulfill a simple hope: getting paid at a young age. And love it or hate it, the experience remains long after spending the last paycheck on rock concerts and ice cream.

We asked iReporters about their memorable summer jobs, and they waxed nostalgic on the best and worst of their sweltering summer experiences.

Alan Limke had the time of his life working in the Kings Island Clown Band at the similarly named theme park in Mason, Ohio. Between 1985 and 1987, Limke spent three magical summers performing as a clown musician with his college buddies, sweating and smiling the whole time.

"We were a zany 12-piece band that snaked through the park, making guests laugh, scaring children, embarrassing cute girls and generally acting like idiots ... and getting paid for it," he said.

The band became like a family, performing sometimes eight or nine times a day. Limke remains nostalgic about the experience and wishes amusement parks hadn't eliminated the live musician positions.

Like Limke's passion for music, Eléonore Maudry already had a love for mountaineering when she was growing up in the Swiss Alps. Getting a summer job as a Swiss Alpine Club mountain hut hostess was a natural progression.

Although she was at an elevation of 9,000 feet, about four hours from civilization with unreliable phone service, scarce water and solar electricity, Maudry enjoyed spending her summers as a hostess from 16 to 21.

Her duties included getting up at 2 a.m., cooking, cleaning, chopping firewood and fetching lost hikers, but the hardships were overshadowed by meeting diverse people from all over the world and helping them discover her beloved Alps. Maudry hopes to return and be a "guardian" once again.

Hot and miserable, Rick Williams worked through "golf course hell." Post-college, he had a liberal arts degree and no employment options other than working at Christmas Lake Country Club, in Santa Claus, Indiana. He admits he did it for the money.

From working in temperatures of more than 100 degrees to getting hit by golf balls, Williams' early-rising, lawn-mowing and hole-digging days lasted for several summers.

"I would have to be paid very large sums of money to ever do this again," he said. "And I haven't even played golf for several years!"

Unlike Williams, Keara McCarthy was optimistic about her summer job operating an ice cream truck in Boulder, Colorado.

"It all seemed so great on paper: Pick up your truck every morning, fill it with ice cream, and head out into the world to spread joy to children and adults alike," she said.

"The problem was that on the best days of the summer, you're stuck in this truck, with no air conditioning and that xylophone-esque song playing on a loop for hours."

McCarthy soon discovered she wasn't a great saleswoman. While other drivers made more than $200 daily, she barely broke even, earning only $20 to $40.

"Finally, I declared the whole thing not worth it, and one hot, sunny day, perfect for some ice cream, I didn't go pick up my truck, didn't fill it with ice cream, and spread no joy," she said. And McCarthy is still haunted by the truck's tinkling song.

"It was the best of times, it was the worst of times, and I wouldn't change one moment," Christa Reinwall said. "For seven hot and sweaty summers I worked at Dorney Park in Allentown, Pennsylvania."

Beginning at age 14, Reinwall went through teen angst, love and heartbreak while working 12-hour-days, six days a week at the amusement park, but she loved it.

"Even when those days were filled with screaming children, screaming adults, cleaning toilets, cleaning up vomit, we always had each other and fun times," she said.

From directing traffic in the parking lot and running the rides to being named supervisor of ecology her last three years at the park, Reinwall made numerous friends amongst the diverse crowds.

"There were days the job lost its luster, and I wanted to run out of there screaming or crying, but most of the days, I walked out of there laughing with some of the best friends I've ever made," she said. "Which is fortunate because most of the close friends I have are from the Dorney days, and I know the same is true for most of those friends."

Perhaps even more surprising is how Ira Botnick found peace by clinging to the back of a garbage truck during the summer of 1968 in Los Angeles.

Botnick began each day as a garbage collector at 6:30 a.m., often finishing his route in time to hit the beach before noon.

"It's the only job I ever had where I didn't have to think!" he said. "I literally let my mind wander while I was on the back of that garbage truck."

While Botnick didn't particularly like the smell, he enjoyed the time off before his junior year at the University of Colorado. And making money.

Tell us about your own best or worst summer job in the comments area below.