4 things I learned after being hit by a truck

By Heather Lende, Special to CNN 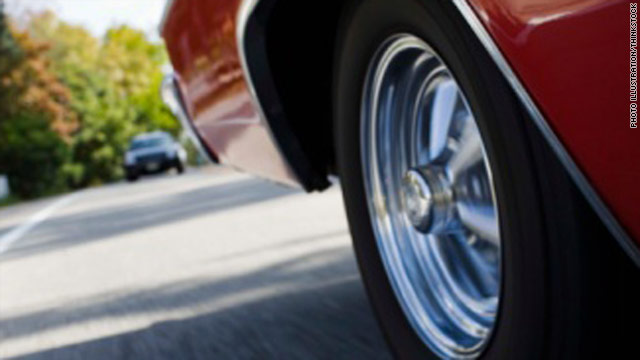 Heather Lende decided there were some lessons she needed to learn after being hit by a truck.
STORY HIGHLIGHTS
RELATED TOPICS

Editor's note: Heather Lende Is a columnist for Woman's Day magazine and author of "Take Good Care of the Garden and the Dogs." She has contributed to NPR's Morning Edition, The New York Times, the Christian Science Monitor, and the Washington Post.

(CNN) -- Once you reach 45, it's a lucky person who has not been struck by a proverbial truck. You name it: divorce, cancer, an ill parent, lost job or troubled child.

Times where you wonder why you had no clue it was coming, when you say, "Is this really happening to me, right now?" There are days that will be so life altering, so reality shifting and so painful that the planet you live on will seem to slip off its axis.

Inevitable as these days are, there are always lessons to be learned. It may sound corny, but I think it's true, that the only thing you can control when the sky falls is your response to it.

I've been hit by my share of proverbial trucks, but on one spring morning I was run over by a real one -- a Chevy three-quarter-ton king cab pickup. The driver, a guy who works at the market in town, was not drunk or speeding. He just made a mistake. His rear wheel ran right over my lap, breaking my pelvis in six places.

It nearly killed me, and I later learned it should have. I look back now and see that I was lucky. My time wasn't up yet. I also now know that there are huge lessons that can only be learned from a terrible, unsolicited and unavoidable crisis. Which is not to say I wish you one, rather, to let you know that it's not all bad.

The next time that proverbial truck is barreling at you, brace yourself. Have courage, and know there's something to learn from it that may make you a better human being.

Here are four lessons I learned:

1. Don't assume bad things only happen to other people. Why shouldn't you get hit by a truck? As my father would say, "What makes you so special?" Years ago he taught me that life isn't fair.

The thing is, Dad didn't say it in a bitter way. He was matter-of-fact, and actually very positive. At 78, he still wants to be the guy at bat when the tying run is on third and there are two outs in the ninth inning.

He was right. When I looked around the hospital emergency room, and later the nursing home where I went to rehab, I knew I was lucky. There is always someone who is worse off than you are.

2. Forgiveness is freedom. When my family and friends heard that I forgave the driver of the truck that hit me, they all said I was a very good person.

Actually, I'm just like you. I figured I'd be really angry. But when you are so dramatically confronted with your own mortality, your perspective changes. I just don't have time for bitterness. Life is too short to spend a second of it cultivating enemies.

Annie Dillard wrote that how we spend our lives is how we spend our days. I choose to spend mine on the sunny side, not in a dark cave. And you know what? Forgiving the driver who struck me was as much of a weight off my shoulders as it was his. Maybe more. It was a cosmic win-win. I could have spent the rest of my life being bitter, sad and sorry. I could have. But I didn't work so hard not to die to live that way.

3. People are good. I think it was Einstein who observed that we all owe so much to the labors of other people, especially strangers. While I knew my family, friends and my small community would rally to get me back on my feet, I hadn't expected the tenderness I received from strangers -- the nurses, doctors and hospital- and rehabilitation-facility aides who all lived 1,000 miles away from my home. (I live in Haines, Alaska, and was treated in Seattle).

They changed my bedpan and gave me sponge baths. Believe me, I never thought anyone but myself would clean me that way. I learned that human beings are fundamentally good, no matter what you see on the news.

4. Be grateful and laughter will follow. Finally, there is something oddly empowering about surviving the worst. It has given me a kind of gratitude I never felt so deeply before. The good news is that six years after the accident, on mornings after a strenuous hike or staying up too late with friends, I can wake up and say, "I feel like I've been hit by a truck," and laugh.