By Rime Allaf, Special to CNN 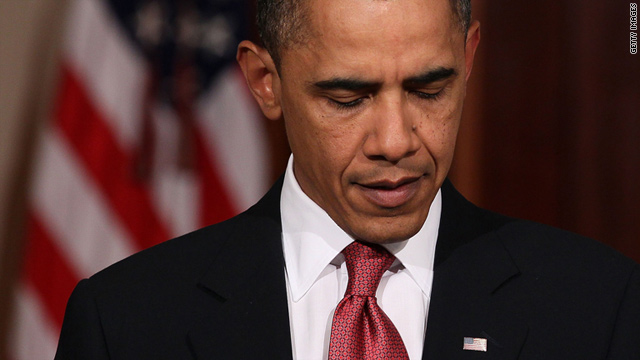 Editor's note: Rime Allaf is an Associate Fellow of the Middle East and North Africa Programme at Chatham House

London -- After decades of experience, there is hardly anyone left in the Arab world who is surprised by the double standards of U.S. foreign policy.

But it's still novel to observe the U.S. reneging on its declared principles under a president who was awarded the Nobel Peace Prize, and who claimed to be seeking a new beginning based on mutual respect with the Muslim world less than two years ago, from the very heart of Cairo.

While many of President Obama's statements were not expected to become a religious mantra for U.S. officials, many Arabs wanted to believe that a new page had really been turned and that past American practices were to be subdued, especially after the disastrous Bush years and the horrors of the invasion of Iraq.

It was quickly obvious that the Obama administration differed very little from predecessors; if anything even remotely touched on Israel, the U.S. remained more royal than the king regardless of its own long-term interests. Thus, the Arab world watched as President Obama publicly backtracked on his own position regarding a freeze on illegal Israeli settlements on occupied Palestinian land, accepting Israel's intransigence and pretending to continue with the farcical peace process.

There were low expectations with regards to American preaching about democracy, given past U.S. reactions to democratic elections in Algeria or, more recently, in Palestine. The Arab world already knew that when people dared to freely choose a majority which Washington found unpalatable, the U.S. would either punish the people or punish the elected government --- or both.

Nevertheless, the U.S. had a recent history of backing popular movements in a wide range of countries, in a rainbow of colors, and in an eclectic mix of monikers and symbols. From Georgia to Iran, the will of the people was supported, marketed and managed by Washington as it berated authoritarian regimes and glorified the democratic aspirations of the secular masses.

This noble approach came to a screeching halt on January 25, when like the Tunisians before them, Egyptians took massively to the streets with no banners, no colored wristbands and no slogans other than "the people want the fall of the regime."

Taken yet again by surprise, Washington pretended to look the other way until the protesters swelled to millions in mere days, while Egypt was cut off from the Internet and mobile calls. Unenthusiastically, US officials mumbled generalities about basic rights to non-violent demonstrations and to communication. And when President Obama addressed his nation personally last night, all he could muster was a patronizing compliment to the Egyptian army and a vague call for an "orderly transition." Orderly for whom, however, was not specified.

Even when they embrace secular democracy, Arabs may be allowed liberation only if it comes on top of American tanks or when it suits Israel
--Rime Allaf
RELATED TOPICS

Indeed, as Mubarak remains oblivious to the demands of the Egyptian people, the U.S. government is scrambling to save what it can of his regime. Like Israel which has openly called on the West to ignore public opinion and to safeguard its interests with Mubarak, the U.S. has backed a coup of sorts on its age-old ally, by imposing Omar Suleiman on Egypt to ensure the continuity of the regime under a different unelected strongman despised by most Egyptians. No emergency Security Council meetings, no withdrawal of ambassadors, and no condemnation of the unprecedented suppression of people's rights.

It is obvious that the sudden dismissal of the Jordanian government by King Abdullah, and the sudden pledge by President Saleh of Yemen not to seek re-election or bequeath power to his son, were made under pressure from the U.S. as it seeks to contain the revolutionary fervor in the region.

In Jordan, Yemen and beyond, more people are crossing the fear barrier and daring to demand full rights, hoping to emulate the positive example which Tunisia has awarded the Arab world. They know now not to expect much support from the self-styled leader of the free world, increasingly anxious at the thought of losing more pliant allies in the region.

The lesson is clear: even when they embrace secular democracy, Arabs may be allowed liberation only if it comes on top of American tanks or when it suits Israel.

For this neo-Orientalist hypocrisy, and for continuing to sacrifice the self-determination of entire peoples just for the sake of Israel, Obama has just inspired a whole new generation of Arabs to resent the U.S.'s selective values.