By Stacey White, Special to CNN 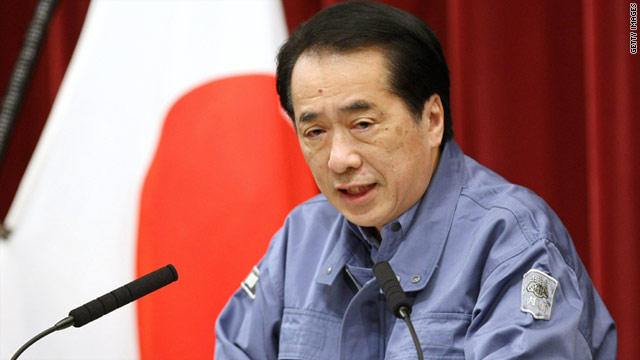 Editor's note: Stacey White is a senior research consultant with the Center for Strategic and International Studies Program on Crisis, Conflict, and Cooperation, where she focuses on the intersections between natural disaster risk management and governance.

Washington (CNN) -- One can only watch with heartbreak as Naoto Kan, the prime minister of Japan, and his emergency response team struggle to address the potential for a nuclear meltdown at plants north of Tokyo. The government's reported use of seawater to cool the nuclear reactors and distribution of iodine tablets to minimize the absorption of radioactivity by local residents illustrate just how desperate the crisis is.

Add to the potential nuclear catastrophe hundreds of large-scale aftershocks and yet another tsunami warning nearly three days into the crisis, and it is clear that Japan is still very much in the midst of a nightmare.

The media have focused on what the failure of the plant cooling systems and the explosion at the Fukushima plant mean for the immediate health and safety of the surrounding populations.

Many are also beginning to question how this situation may affect the world's use of nuclear power in the future: In Japan alone, one-third of the population relies on nuclear energy. When the unimaginable becomes a reality in a country generally considered to be one of the more precautionary in the world, particularly as it relates to natural disasters, one can only wonder, "How safe is safe enough?"

Crises, traditionally seen as either natural, man-made or environmental, are now interfacing with each other in new and often surprising ways, calling for multifold response efforts.

When Kan explained that the earthquake and nuclear emergency amounted to the nation's biggest challenge in its 65-year postwar history, it was clear that the calamity unfolding in Japan may be the quintessential example of a 21st-century compound crisis -- something we are likely to see much more of in the decades to come.

In this instance, a massive earthquake triggered both a catastrophic tsunami affecting the entire Pacific region and resulted in hundreds of aftershocks, many of which measured over 6.0.

Landslides and the failure of at least one water storage dam have been other, immediate, domino-like effects of the earthquake, but these could be expected given the awesome power of the quake and the tsunami currents to follow.

But a nuclear meltdown, when plant safety systems were in effect and presumably rigorously tested in a country prone to earthquakes? It would seem unfathomable, even as the horror of it is played out before our eyes.

What is happening in Japan is just one example of multiple layers of pre-existing risk laid bare when a disaster strikes. Global populations are confronting increased exposure to natural hazards such as earthquakes, floods, droughts and other extreme weather conditions.

They are facing the cumulative implications of earlier human decisions that compounded the effects of an initial physical hazard -- for example, the failure of poor housing construction just outside cities or the compromise of rivers due to over damming and navigation channeling that perverts the natural feedback between erosion and the movement of sediment.

There are other compound crises waiting to unfold. For years, environmental experts have warned of the dangers posed by unprotected uranium tailings (the waste byproducts produced when mining for nuclear fuel) in the former USSR.

In Kyrgyzstan, for example, landslide, flood and mudflow hazards were not considered in the planning of tailings storage there. Should any of those occur, there is a chance those nuclear tailings would be exposed, heightening health, environmental and economic risks for surrounding populations.

And the risks posed by nuclear tailings are not limited to the former USSR. The potential risks that tailing dams and ponds (where waterborne waste material from mining is stored) pose in the context of earthquakes and flooding, in particular, has also been well-documented in the U.S. and Germany among other countries. Even natural water storage infrastructure facilities could produce compound crises should dam structures suffer in an earthquake.

And, of course, closer to home, there is the continued oil drilling in the Gulf of Mexico, an area at high risk of hurricanes and severe tropical storms. As Americans living along the Gulf Coast know all too well, the proper maintenance and disaster-resistance of these industrial enterprises are paramount if a major hurricane is not to trigger an environmental and human catastrophe there in the future.

It is clear that our industrial activity -- nuclear power production, oil rigging, natural gas drilling, coal mining and the manner in which we dispose of the radioactive and chemical waste -- can no longer be conducted without more careful consideration of how these activities may be affected by natural disasters.

As we all remain glued to news coming out of Japan, one can only hope that a further major calamity caused by cascading crises there will be averted this time and that we can use this horrific experience as a lesson for dealing with compound crises in the future.

The opinions expressed in this commentary are solely those of Stacey White.