Why nuclear power is a necessity 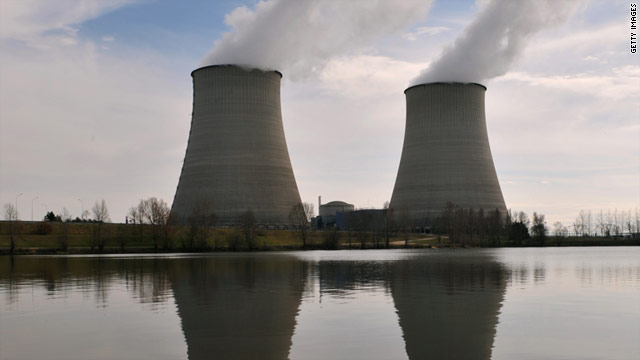 A nuclear plant along the Loire river in Belleville-sur-Loire, France.
STORY HIGHLIGHTS

Editor's note: Glenn E. Sjoden, Ph.D., P.E. is professor of nuclear and radiological engineering at the George W. Woodruff School of Georgia Institute of Technology. For a different point of view, see How vulnerable are U.S. nuclear plants?

(CNN) -- We are all deeply saddened by the news of the terrible devastation, destruction and death that occurred in Japan on March 12 from the incredible destruction brought on by a 9.0-magnitude earthquake and resulting tsunami. As if this were not enough, on the heels of these two events, several large nuclear power plants are in severe peril.

The dire events unfolding stem from a station blackout at the 40-year-old Daiichi nuclear plant in Fukushima initiated because of a tsunami-related failure of a number of redundant backup safety generators to power auxiliary cooling systems.

While the nuclear fission reactions liberating heat for power generation were stopped immediately from a reactor "SCRAM," many of the products of fissioning uranium-235 atoms are nuclides that are radioactive (radioisotopes) and they undergo nuclear decay typically in a chain of progeny that emit radiation that ends up as heat.

This heat from decay of radioisotopes occurs over a protracted period, which could be weeks or months, depending on the reactor's operating history and other factors. While this decay heat is a small percentage of the original fission power, it is not negligible. It must be removed and requires post-shutdown active cooling for the nuclear fuel to remain viable.

We do not have a nonfossil alternative that can make up the substantial power needs of the world other than nuclear power.
--Glenn Sjoden

For many reasons related to the initial disaster, as of this writing, at least part of the nuclear fuel in these power plants was "uncovered" for a time, that is, not covered with cooling water.

This resulted in dilapidation and destruction of zirconium-based nuclear fuel cladding, the metal shell making up fuel rods containing stacked uranium oxide fuel pellets. Through melting and degradation in the presence of water/steam, with overheated fuel, hydrogen gas is released due to a zirconium-water reaction under extreme temperatures.

To add further insult, the hydrogen was vented to the outermost containment structure where, mixed with oxygen, it exploded, adding another shock to the reactor system. As a last resort to covering the fuel, the electric power utility faced the reality that pumping in seawater to the crippled reactor cores containing thousands of fuel rods was the only hope to keep the hot fuel intact, since uncovered fuel will melt.

The introduction of seawater meant that the reactors would never again yield useful electricity for Japan, because the "crud" in seawater ultimately introduces corrosion that makes the reactor inoperable as a power generator. Taken as a whole, these events contributed to the compromising of plant systems and the fuel and led to the emission of radioactive fission products.

Subsequently radiation was released into the public in elevated doses downwind, not to mention promotion of massive fear, uncertainty, speculation and panic to rock the foundations of the nuclear world.

I cannot deny the gravity of these events. As a career nuclear engineer, dedicated to public safety and to the advancement of nuclear engineering and nuclear power for the world, this has been devastating -- all for want of some diesel fuel, clean water and decent electrical couplings on backup generators. However, that is the truth. If the backup generating (diesel) sources had been properly sited to operate post-tsunami, I wouldn't have written this article, because the Daiichi reactors would now be stable.

As a result of the events in Japan, some have already begun with grand gestures to call on our lawmakers to rule out new nuclear power development. We need to reflect on the simple truth that we do not have a nonfossil alternative that can make up the substantial power needs of the world other than nuclear power.

Sure, we can use solar, wind, hydroelectric, biomass and the like, but collectively, on a future very good day, using every practical alternative resource to expand these alternative energy sources, they will only amount to a grand sum of 20% of our energy needs. To keep global warming in check, and faced with the concept of rolling blackouts or steady, clean electricity, the gap can and must be made up with modern nuclear power, which is passively safe with the newest design.

The pundits go on to ask, "What about the waste?" I answer this by asking, did you ever wonder why our French colleagues have 40 years of mostly nuclear power and no waste problems?

Like most nations, they recycle their used fuel, since 95% of the fuel can be recycled back into the reactor and used again, making nuclear power the most "green" energy source out there. Burying the waste, as we do in the United States, is completely wasteful, and other nations, including Japan, recycle all of their used fuel.

We do need to take pause, as the events in Japan are certainly immense, and we need to collectively ponder ways to improve at all levels. However, I believe we need to be smart and carry on the mission of nuclear power for a sustainable future, learning from our mistakes. Likewise, I don't stop driving my gasoline powered automobile when I hear about an oil refinery accident. Let us be smart, but let us also be sensible and realistic.

The opinions expressed in this commentary are solely those of Glenn Sjoden.