Why was 4-year-old American girl deported? 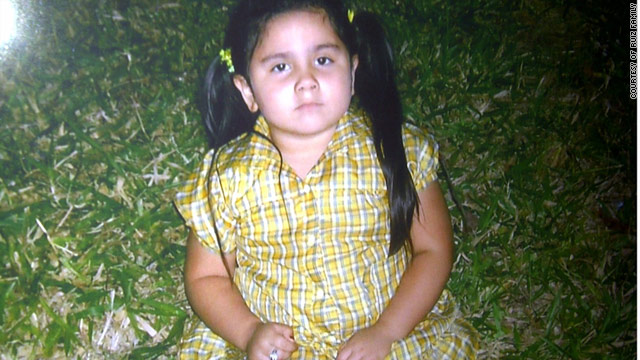 Emily Ruiz, U.S. citizen and child of illegal immigrants, was sent to Guatemala when she and her grandfather tried to re-enter U.S.
STORY HIGHLIGHTS
RELATED TOPICS

San Diego (CNN) -- Under our system, two things are crystal clear: Law enforcement agencies are required to treat children with more care than adults, and U.S. citizens have certain rights that are not to be abridged -- including the right to due process.

Just don't try telling any of that to the parents of Emily Ruiz. They know better. Those principles didn't apply in the case of the 4-year-old from Brentwood, New York, who -- after traveling to Guatemala to visit relatives with her grandfather -- was denied entry into the United States on March 11 by U.S. Customs and Border Protection and instead sent back to Guatemala.

That is no way to treat a U.S. citizen. You see, while both of her parents are illegal immigrants, Emily was born in the United States and so she is a U.S. citizen. That is supposed to mean something in this country. At the very least, it should mean that authorities shouldn't have done anything more than greet the little girl with a polite and sincere: "Welcome home."

Instead, according to her family's attorney, Emily was detained alone for several hours at Dulles International Airport while authorities tried to figure out what to do and while her grandfather was treated for what seemed to be a panic attack.

"It's outrageous," David Sperling, the family's attorney, told me. "Effectively, she (Emily) was deported. They treated her like an 'anchor baby,' like a second-class citizen. I can't imagine that they would treat any other U.S. citizen this way."

I asked Sperling if he believed that Emily was treated shoddily because she is Latina.

"Absolutely," he said. "If this was a Caucasian girl from some European country, this would never have happened."

According to multiple accounts, here is what happened. At the end of their stay in Guatemala, Emily and her grandfather boarded a plane to return to New York. The grandfather had a work visa and a notarized letter from Emily's parents authorizing him to travel with her. The girl had a U.S. passport. But because of bad weather, the flight was diverted to Washington.

When the two landed there, and went through the processing for re-entry in the United States, it was discovered that the grandfather's visa was no longer valid and that he had a prior arrest for illegal entry in the 1990s. Agents took him into custody and prepared to deport him back to Guatemala.

But what about Emily? When she and her grandfather didn't get off the plane in New York, her father, Leonel, called the airline, and a representative told him that U.S. immigration officials had detained his loved ones in Washington. So then the father called the immigration officials. And, when he was asked about his own immigration status and that of his wife's, he acknowledged that they were both undocumented.

According to Sperling, the father then was given a choice: Emily could be left in a children's detention facility or sent back to Guatemala with her grandfather. The father said he would prefer that Emily stay with her grandfather, and so Emily was deported from the country -- her country.

But oddly enough, the attorney said, the one option the father wasn't given was to go pick up his daughter in Washington. That's what he planned to do, he told The New York Times, but he was never given the chance. (The same article said that officials at Customs and Border Protection gave Ruiz the opportunity to collect her at the airport.)

Officials with Customs and Border Protection declined to comment to me on the record. The best they would do is a statement sent to news agencies declaring that "CBP strives to reunite U.S. citizen children with their parents," without actually saying that it happened in this case.

Sperling told me he plans to travel to Guatemala next week to retrieve Emily.

Don't lose sight of the facts through the PR. Or is it CYA? Even if it's true that that Emily's father gave permission for the government to send his daughter back to Guatemala, that doesn't let U.S. officials off the hook. Emily is a minor, but she is also a U.S. citizen with a right to due process -- what Thomas Jefferson called an "inalienable" right granted her not by her father but by her creator.

It's not fair or appropriate for Customs and Border Protection to pawn off the awesome responsibility of whether Emily stays in the United States or goes back to Guatemala to the father just so they can wash their hands of this case and claim they were just following orders.

There are established rules and procedures for how U.S. immigration enforcement agencies are supposed to deal with minors, and those guidelines are set by years of legal precedent. Most of them deal with minors who are in the country illegally and yet still have rights. U.S. citizens have even more rights.

The unanswered question in this case is whether Customs and Border Protection followed those rules and its own procedures and did everything it could to reunite Emily with her family. It doesn't look like it. Rather it looks like U.S. immigration officials couldn't wait to get this girl on a plane and get her off their hands.

What has happened to our country? Homeland Security Secretary Janet Napolitano seems to brag about the Obama administration's record number of deportations every few weeks, to counter claims that her department is soft on illegal immigration. Has the administration so depleted the pool of illegal immigrants that it's moved on to deporting U.S. citizens?

The Senate Committee on Homeland Security and Governmental Affairs should look into this case, and the Department of Homeland Security should launch an internal investigation. And if it is ultimately decided that Customs and Border Protection officials acted hastily and irresponsibly, they should lose their jobs --as swiftly and as easily as Emily Ruiz lost the freedom that was her birthright.