By William J. Bennett and Seth Leibsohn, Special to CNN 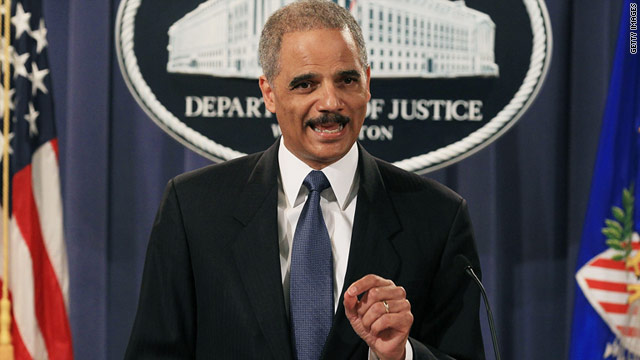 Editor's note: William Bennett is a CNN contributor and a fellow with the Claremont Institute. Seth Leibsohn is a senior partner with the consulting firm Leibsohn & Associates. Bennett and Leibsohn are the authors of the newly released book, "The Fight of Our Lives: Knowing the Enemy, Speaking the Truth, and Choosing to Win the War Against Radical Islam."

(CNN) -- Making for an odd news day Monday, President Barack Obama announced his re-election bid while his attorney general announced the administration's decision that Khalid Sheikh Mohammed and his fellow 9/11 conspirators would now be tried before military commissions in Guantanamo -- just as they were going to be tried before his administration took over.

There were good and justifiable reasons to try the 9/11 detainees in a military court, as the Bush administration had established. Lawyers Lee Casey and David Rivkin outlined a few:

"[T]he decision to have the case tried in a military commission reminds the citizens of the United States -- and the world, for that matter -- that this is an armed conflict we are engaged in against al-Qaeda. Certainly, this conflict is not a traditional one, but it is one nonetheless. Perhaps it is the way many will be fought in the 21st century. Using civilian courts would have only made the legal landscape more ambiguous -- is it a law-enforcement action or a war we are engaged in?

"Civilian courts were not the right venue to try KSM et al. Using civilian courts presented all sorts of evidentiary issues, Fourth and Fifth Amendment issues. The open federal courts would have doubtlessly been used to make the trials a propaganda circus for al-Qaeda. Security would have proven ridiculously expensive and would have impacted local businesses and much of the local economy in lower Manhattan."

Terror trials to be held before military commissions

It was odd in the extreme that Obama and U.S. Attorney General Eric Holder thought it a good idea in the first place to change the trial of Mohammed and others from the military commission system to the civilian justice system. And odder still that the attorney general would have such high hopes for such a move, saying last year that the trial would be, "the defining event of my time as attorney general."

But this was one of the Obama administration's key moves to show itself as the anti-Bush administration, especially in how our country would treat terrorists and the terrorist threat.

Not only did the original announcement to move Mohammed and his co-conspirators into the civilian justice system rankle the nation back in 2009 when this policy was announced, it may very well have cost the Democrats their super-majority in the Senate when Republican Scott Brown ran on this issue and defeated his Democratic opponent in Massachusetts, who was expected to replace Ted Kennedy. But that was just the politics of the decision.

The policy of it was worse. In its attempt to apologize and renounce much of the Bush anti-terrorism policies, little to nothing was gained. Indeed, if the view was that a reversal of Bush policies would lead to less terrorism, and that was the view, that was refuted by the terrorists themselves.

2009 was the year of the announcement to try Mohammed and his co-conspirators in civilian court, of signing an executive order to close Guantanamo, of claiming our enhanced interrogation policies were torture and then releasing Justice Department memos on those techniques, of ceasing to use the phrase "war on terror" and of apologizing in world forums for previous U.S. policies.

But, by the end of 2009, we learned that more terrorist attempts took place in the United States in 2009 than in any year since 2001. And just last month, we learned from Janet Napolitano, the Secretary of Homeland Security, that the threat of terrorism here is at "its most heightened state" since 9/11.

Others may very well be upset with the Obama administration for backtracking, calling it "cowardice" and worse. But this view is wrong. The presidency is too important an office for on-the-job learning, but learning, it appears, is what Obama has done.

C.S. Lewis once wrote "If you are on the wrong road, progress means doing an about-turn and walking back to the right road; and in that case the man who turns back soonest is the most progressive man."

Looking at the administration's decision this week, we believe this is the kind of progressivism even conservatives should support.

The opinions expressed in this commentary are solely those of the co-authors.