By Tavis Smiley, Special to CNN 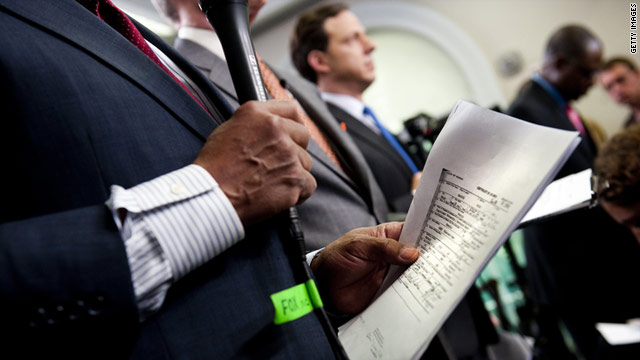 Editor's note: Tavis Smiley is a PBS talk show host and author of the new book, "FAIL UP: 20 Lessons on Building Success from Failure."

(CNN) -- We witnessed a low point in American political discourse this week when President Barack Obama released his long-form birth certificate. While some might hail this as a show of transparency by the White House, we know the truth: President Obama was beaten down by conspiracy theory bullies who will never be satisfied by any sort of documentation, no matter how official.

Even now, the predictable backlash has already begun. This is the nature of conspiracy theories and their most dedicated followers.

We will just have to accept that a certain segment of the population will forever believe -- incorrectly -- that the first African-American president is not, in fact, one of us and does not have the right to hold his high office. Sadly, if there were to surface a videotape of Obama's live birth at the feet of the Statue of Liberty, some folk would still not believe.

But the birther diehards aren't the real concern. It's the role of the media in perpetuating this faux story that really raises disturbing questions. In my newest book "FAIL UP," I write about a time in my own broadcast career when I hadn't done my homework. Getting hoodwinked by false information nearly cost me my career -- for Dan Rather, who faced a similar but much more extreme situation over President George W. Bush's Air National Guard records, it actually did at CBS.

Opinion: It's not about birth, it's about race

I recovered from my mistake because I was, as the title of the book suggests, able to "fail up"; that is, I took my failure in that moment and made it a stepping stone. I learned my lesson: Never again would I lazily let something pass on air as fact without double, triple, and quadruple checking. Not only did my earlier mistake jeopardize my integrity, it contributed to the public's already-skeptical view on the media. This, ultimately, is a much more dangerous situation for all of us, as an untrustworthy news media puts our democracy at risk.

Thus the real danger in the artificial crisis over the president's birth certificate is not Donald Trump becoming president, but a news media unwilling to apply a basic filter for what it publishes, posts and broadcasts. Failing to do so degrades the quality of news in general, making people less trusting and increasingly disinterested.

When nonstories fill the airwaves and dominate headlines, people stop paying attention and miss the real news. But more importantly when so much energy and so many resources are devoted to chasing a phantom issue, the real issues get ignored.

From skyrocketing unemployment in the black community and no end in sight for the wars in Iraq and Afghanistan, to the continued existence of Guantanamo and the unacceptably stalled immigration reform debate, President Obama has a long list of outstanding issues that the media should be focusing on. Yet if you turn on your television or visit any major news website, the political discussion in this country has been hijacked by the birther movement's Quixotian quest to find our nonexistent foreign-born president.

Recognizing such distortions should be a wake-up call to my colleagues in the media, I fear the situation has gotten so bad there's little willingness to fail up. Too much nonsense in this country is often accepted as cause for legitimate discussion -- regardless of the veracity of the claims.

Reaganomics has been proven a failure, yet the message of cutting taxes on the wealthy as a way of boosting the economy continues to be heard on Sunday morning talk shows. At a time when Americans are suffering, suggesting we privatize large portions of the social safety net such as Social Security and Medicare would seem like political suicide. Instead, media pundits hail the idea as serious and sober.

America today is crippled by fear of failure. The birther movement is, at the very least, a testament to how fear can have us take leave of our good senses. The antidote for this fear is to realize that failure can be a powerful tool if we embrace the lessons it wants to teach us. But to do so, we must first be willing to see our actions as failure.

For too long the media hasn't done so. Let's hope the implosion of the birther nonstory might give some people reason to pause, to reflect and to fail up.

The opinions expressed in this commentary are solely those of Tavis Smiley.