What you might not know about the State of Union 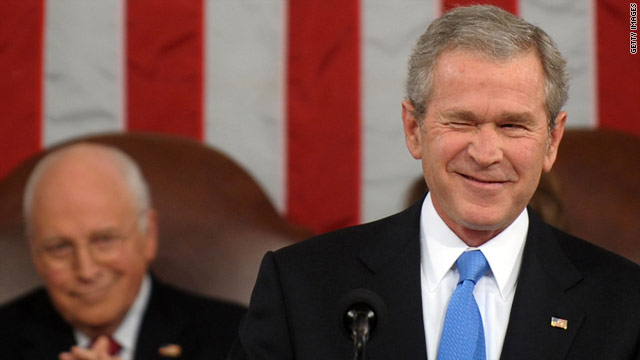 Washington (CNN) -- Here are a few facts about the president's annual address to Congress that probably won't show up in the headlines:

Honey, which tie should I wear?

State of the Union address preview

What will Obama say in State of Union?
RELATED TOPICS

Everything you wanted to know but were afraid to ask:

-- Obama is the only African-American to have addressed a joint session or joint meeting of Congress.

-- Over the years, several black speakers from other countries have addressed a joint meeting of Congress. Among the notable examples are Nelson Mandela in 1990 and 1994 and Liberian president Ellen Johnson Sirleaf in 2006.

-- Although Woodrow Wilson holds the record for most speeches delivered before Congress, 26, Franklin Roosevelt delivered the most State of the Union addresses -- 12.

-- Two presidents never prepared any type of State of the Union or annual message: William Henry Harrison and James Garfield. Harrison died after only 32 days in office, Garfield after only 199 days.

-- The first televised State of the Union was delivered by President Harry Truman on January 6, 1947.

-- The first prime-time State of the Union was delivered on January 4, 1965. President Lyndon Johnson moved the speech from its traditional midday time slot to the evening to attract a larger television audience.

-- The first State of the Union to be webcast live on the internet was President George W. Bush's 2002 address.

-- The first and only postponement of a State of the Union occurred in 1986. President Ronald Reagan was scheduled to deliver his address on January 28, 1986, the same day the space shuttle Challenger exploded. The speech was delayed until February 4.

-- The shortest: George Washington's 1790 address was only 833 words and is believed to have lasted less than 10 minutes.

The longest applause interruption, clocked at 52 seconds, was in honor of Staff Sgt. Daniel Clay, who was killed while serving in Iraq.