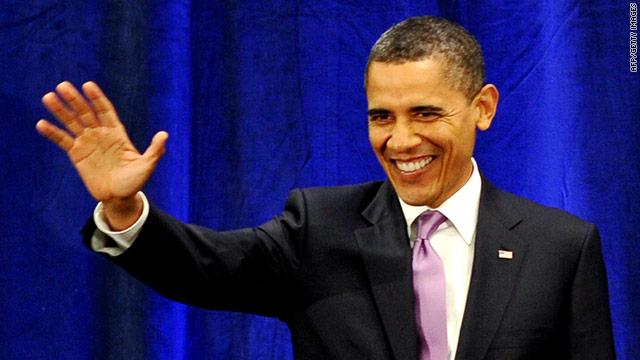 The Obama administration has recommended delaying implementation of the Real ID Act until January 2013.
STORY HIGHLIGHTS

Washington (CNN) -- A 9/11 commission recommendation to set federal standards for state driver's licenses is being kicked down the road again -- the third major delay in its history.

The Department of Homeland Security said Friday that it is moving the May 11 deadline for implementation of the Real ID Act to January 15, 2013, so that cash-strapped states will have more time to add security features to driver's licenses and ensure that license holders are who they say they are.

A group of Republican lawmakers immediately assailed the 21-month delay, noting that Homeland Security Secretary Janet Napolitano had recently testified the terrorist threat is "in many ways at its most heightened state since 9/11."

They also noted that a suspected terrorist arrested in Texas last month had written in his journals that he would need multiple drivers' licenses to avoid detection.

"The timing for a delay is worse than ever," said Rep. Lamar Smith, R-Texas.

The Real ID Act requires states to include security features on driver's licenses and to verify the identity of the card holder. If driver's licenses are not compliant, the federal government will not recognize the license for federal purposes, meaning they cannot be used to get into federal facilities or at airport checkpoints. About 90 percent of passengers boarding aircraft use drivers' licenses or other state-issued documents.

The Department of Homeland Security said Friday it has worked with states to implement the rule, giving states about $175 million to help pay for driver's license upgrades. The money has been spent on improving computer systems, developing tamper-resistant documents and other measures.

However, states have not been able to comply with Real ID because of a number of factors, including the economic downturn and uncertainty that sprang up when Congress considered modifying the Real ID requirements, the department said.

If the administration stuck with the May 11 deadline, it would "severely disrupt commercial aviation," the department said, because travelers would have to either obtain alternative TSA-approved documents or submit to additional airport screening.

The National Governors Association, a longtime opponent of the act, praised the deadline extension.

"Governors have long said that Real ID, in its current form, is unworkable," the association said. The extension "allows states and the federal government more time to find solutions that work."

But supporters of Real ID said the move keeps the country vulnerable to terrorists.

"In July of 2004, the (9/11 commission) issued a report warning that 'for terrorists, travel documents are as important as weapons," said Rep. Darrell Issa, R-California. "That's why Congress, with the support of then-Sen. Barack Obama, acted quickly to pass Real ID."

"In light of the Texas terror plot, it's inconceivable that the Obama administration would further delay the implementation of Real ID," Issa said.

The administration announced the delay in a final rule published in the Federal Register. In doing so, it bypassed a customary public comment period, which it said would be impractical given the late date