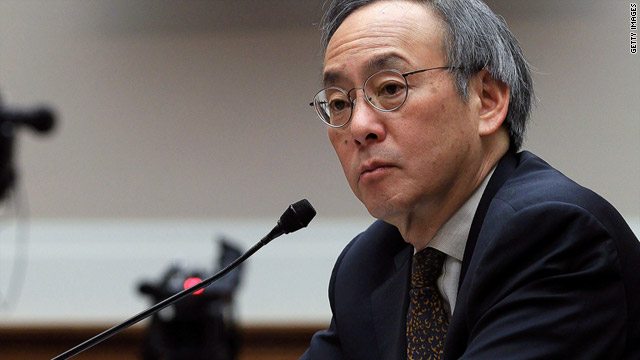 Washington (CNN) -- Energy Secretary Steven Chu told members of Congress Wednesday that the rapidly unfolding nuclear crisis in Japan may be more serious than the situation faced by U.S. officials during the Three Mile Island meltdown in 1979.

But "we don't really know in detail what's happening" in Japan, he cautioned. "We hear conflicting reports."

"What I remember is that within a 20-mile or so radius (of Three Mile Island) that the average exposure of people closest was a very small fraction of background radiation," he said, noting that his knowledge of the incident came from a Nuclear Regulatory Commission report.

Later, speaking to reporters, Chu noted that "I don't know when the dust settles where we will be," but early reports indicated that the incident in Japan could be "very significant, perhaps beyond Three Mile."

Japanese authorities have indicated that radiation readings taken near the Fukushima Daiichi nuclear plant's crippled reactors have spiked briefly at various times, temporarily reaching levels that are known to pose a risk to human health.

But Japanese Chief Cabinet Secretary Yukio Edano told reporters Wednesday afternoon that radiation levels "do not pose a direct threat to the human body" between 12 to 18 miles from the plant.

Chu said he thinks there has been a "partial meltdown" of radioactive core material in at least one of the reactors, though he stressed that doesn't mean the containment vessels surrounding the reactors will totally fail.

In the Three Mile Island incident -- in 1979 in Pennsylvania -- there was a partial core meltdown in one reactor and some radioactive gases escaped into the atmosphere. It was the worst nuclear power accident in the United States.

Chu declined to criticize Japan's handling of the crisis at the Fukushima Daiichi plant, which was initiated by Friday's 9.0-magnitude earthquake and subsequent tsunami. He said he couldn't "really say" if he was satisfied with Tokyo's response.

"Japan is a very advanced country," he told members of two House Energy and Commerce subcommittees. "They take these things very seriously, so I don't want to say anything more than we will stand by and help them as best we can."

He repeated an assertion made Tuesday that federal officials will apply lessons learned from the nuclear crisis in Japan.

"The American people should have full confidence" that nuclear power in the United States is generated "safely and responsibly," he said.

Some political leaders aren't convinced and have called for a safety review of American nuclear power plants, as other nations have done in the wake of the disaster in Japan.

Among them is U.S. Senator Barbara Boxer, D-California.

At a Wednesday hearing of the Senate Environment and Public Works Committee, Boxer, who chairs the panel, grilled the head of the Nuclear Regulatory Commission for not launching an inspection of U.S. nuclear plants.

"You're doing nothing new! Nothing! Not one thing!" Boxer exclaimed while questioning NRC Chairman Gregory Jaczko. "I don't hear anything proactive, and I worry about that. Why should I not worry about that? Please tell me why I shouldn't worry about that when I go to sleep tonight?"

Jaczko replied, "We're going to be looking very seriously at what has happened in Japan. And if we get information that tells us that there is a safety issue (with U.S. nuclear reactors), we'll take action on that immediately. And so, ah, we're not doing nothing."

Meanwhile, New York Governor Andrew Cuomo voiced concerns about the safety of the Indian Point nuclear power plant in Westchester County during an interview with a New York news station.

"My position is I understand the power and the benefit," Cuomo said. "I also understand the risk, and this plant and (its) proximity to New York City was never a good risk."

"So this is an issue that we're going to pursue," Cuomo said.

There are currently 104 nonmilitary U.S. nuclear reactors operating across the country. Together, the reactors provide roughly 20 percent of the nation's power supply. Most of the reactors are located near major population centers.

There also are dozens of reactors, weapons laboratories and other nuclear facilities associated with national defense.

A new nuclear plant has not been commissioned since the Three Mile Island event, although dozens that were under construction at the time have since come on line.

More recently, increased electricity use, a desire to generate homegrown energy and concern over global warming have made carbon-free nuclear power more attractive.

The government has set aside $18 billion for new nuclear plants, and the Obama administration wants to spend an additional $36 billion.

A number of Democrats, however, have questioned the U.S. commitment to nuclear power since the start of the crisis.

"We've had wake-up call after wake-up call," said Representative Henry Waxman, D-California, citing the situation in Japan, Middle East turmoil and the recent oil spill in the Gulf of Mexico.

"It should not take a nuclear meltdown to make us face reality. We urgently need a new energy policy" focusing more heavily on strategies such as wind, solar power and biofuels, he said.

Waxman accused the GOP of pursuing an "all-nuclear strategy" that "denies science" and amounts to "an assault on clean energy."

Markey also repeated his call for the federal government to distribute radiation-blocking potassium iodide to people living within a 20-mile radius of a nuclear plant, as called for in 2002 legislation he authored.

"We don't need to study these pills to know that they can prevent cancer," he said.

Other Democrats appeared more sympathetic to the nuclear program. Representative Bobby Rush, D-Illinois, said during Chu's hearing that nuclear power needs to be part of any comprehensive energy policy. But the nuclear industry, he said, "must be as transparent as possible."

People "want to believe in nuclear energy," he said.

Republicans on the panel appeared to be solidly behind the push for more nuclear power. Michigan Representative Fred Upton, the chairman of the full committee, said that while steps need to be taken to ensure safety, it's also critical to dispel "overstated fears."

Upton dismissed what he characterized as "wishful thinking" about alternative energy sources.