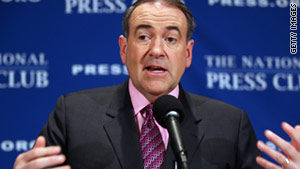 "It is unusual to celebrate a death, but today Americans and decent people the world over cheer the news that madman, murderer and terrorist Osama Bin Laden is dead ... Welcome to hell, bin Laden. Let us all hope that his demise will serve notice to Islamic radicals the world over that the United States will be relentless is tracking down and terminating those who would inflict terror, mayhem and death on any of our citizens."

"This is a great victory for lovers of freedom and justice everywhere. Congratulations to our intelligence community, our military and the president. My thoughts are with the families of Osama bin Laden's many thousands of victims, and the brave servicemen and women who have laid down their lives in pursuit of this murderous terrorist."

"This is terrific news for freedom and justice. In the hours after the 9/11 attacks, President Bush promised that America would bring Osama bin Laden to justice -- and we did. I want to congratulate America's armed forces and President Obama for a job well done."

U.S. leaders react to the news

"Tonight's news does not bring back the lives of the thousands of innocent people who were killed that day by Osama bin Laden's horrific plan, and it does not end the threat posed by terrorists, but it is my hope that this is the beginning of the end of Sharia-compliant terrorism."

"Thank you, American men and women in uniform. You are America's finest and we are all so proud. Thank you for fighting against terrorism."

Cheers and chants in reaction to bin Laden's death

"This is extraordinary news for all freedom loving people of the world, and I commend all those involved for this historic triumph. Americans have waited nearly 10 years for the news of Osama bin Laden's death. And while this is a very significant objective that cannot be minimized, the threat from Jihadism does not die with bin Laden."