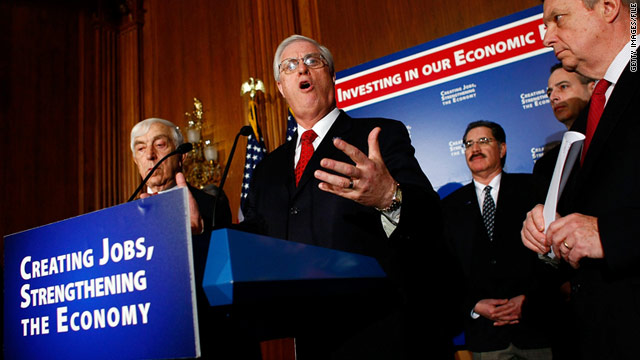 (CNN) -- A year earlier than usual, the nation's largest teachers union on Monday endorsed President Barack Obama for re-election in 2012.

The National Education Association, which represents 3.2 million teachers and administrators, approved the recommendation from its political action committee at its annual meeting in Chicago.

Obama "shares our vision for a stronger America," NEA President Dennis Van Roekel said in a statement issued by the group. "He has never wavered from talking about the importance of education or his dedication to a vibrant middle class."

Since taking office in 2009, Obama has championed education reform and used stimulus money to help keep teachers employed. Now he is calling for maintaining or increasing spending on education despite negotiating federal budget cuts.

However, not all of the Obama administration's education policies have pleased the union, particularly its support for charter schools and continued reliance on standardized testing to assess performance.

The NEA statement said the organization usually waits until the summer of an election year to endorse a candidate. This year, it did so earlier than normal "in order to provide early and strong support to help ensure the election of a candidate who is on the side of students and working families."

"There are two very distinct visions for this country," Van Roekel said in the statement. "One is about opportunities for all and one is not."

Biden cited anti-union efforts by Republican governors in Wisconsin and other states who blamed benefits for school teachers as a cause of their budget deficits.

"We should working with you, not against you," Biden said to applause. "We should be listening to you, not lecturing to you. We should be embracing you, not pushing you aside. You are not the problem."

He concluded by telling the NEA delegates that they "should have no doubt about my affection for you and the president's commitment to you."