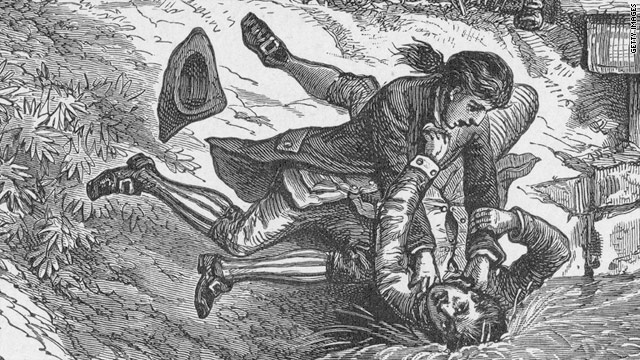 Shays' Rebellion, an armed uprising in Massachusetts in the 1780s, may offer lessons in today's standoff over the debt ceiling.
STORY HIGHLIGHTS

(CNN) -- America's political leaders are paralyzed. The government is reeling from debt. Corrupt bankers foreclose on people's homes as a brutal recession sweeps the land.

We're talking, of course, about the great debt standoff of 1786: Shays' Rebellion.

Nervous Americans glancing at the upcoming August 2 deadline for raising the debt ceiling are being told that the nation is entering uncharted territory. But historians say they've seen this movie before.

Many of the same issues driving this modern-day standoff -- disagreement on how to handle the national debt, ineffective government and a populist citizen's revolt -- drove the 18th-century uprising that's been called America's first civil war.

Historians say the lesson that can be drawn from Shays' Rebellion and other transformative events in U.S. history is this: Protracted political gridlock is seldom resolved through compromise. It comes when one political party finally beats the other down.

Many Americans, however, have told pollsters that they want the political parties to work together to solve the debt ceiling crisis. Yet political stability doesn't always come through give-and-take, some historians say.

President Barack Obama could learn how to break political gridlock from his predecessors, historians say.

"There are times when only the outright defeat of political enemies can bring about needed reform," says Richard Striner, a history professor at Washington College in Chestertown, Maryland.

"It was only by confronting and defeating the aggressive leadership of the slave states that Lincoln and the Civil War Republicans rid the nation of slavery."

The fight over 'big government'

Shays' Rebellion was such a crisis. Rooted in economic anxiety and political turmoil, it even involved a leader of a tea party.

The country had incurred massive debt during the Revolutionary War. But it couldn't pay it off because the Colonists, distrusting "big government," had created the Articles of Confederation to run the country, which weakened the authority of a central government.

The result was anarchy.

The federal government wasn't allowed to raise taxes to pay off war debts. Various states responded with crushing taxes. Shady bankers in states such as Massachusetts foreclosed on farmers' homes and threw people in debtors' prison. Some thought the country would dissolve.

Is a deal on the debt ceiling in sight?

How will a debt deal affect the economy?

The political leaders in Massachusetts, though, didn't seem to care, says Daniel Klinghard, author of "The Nationalization of American Political Parties, 1880-1896."

"The state Legislature was completely out of touch with the excruciating economic difficulties that people were going through," Klinghard says.

That's when Daniel Shays entered the picture. The Massachusetts farmer had fought in the Revolutionary War, only to return home and find himself -- like many fellow citizens -- facing foreclosure. He decided to fight back.

In 1786, he raised a private citizens' army called the "Shaysites." They marched on and shut down a debtors' court in Massachusetts and tried to storm a state arsenal. Samuel Adams, one of the Founding Fathers who had planned the Boston Tea Party, called for their capture and death.

Adams got his wish. The rebel army was routed by a state militia, and some of its leaders were hanged. Shays was arrested and later pardoned. His uprising, though, helped settle a paralyzing political question, Klinghard says.

Those competing views of government are being played out in Washington today. The political leaders negotiating the debt crisis face the same question that Shays' Rebellion provoked: How big should the federal government be and how much power should it have?

"It was a conflict over the nature of what the new republic would look like," Klinghard says of the rebellion. "Shays wanted this simple, agrarian existence while people like Hamilton wanted a robust government."

Shays' Rebellion frightened so many of the nation's leaders that they opted for robust national government. They met a year after the rebellion and drafted the Constitution, which gave the federal government and president more powers -- including the ability to quash "domestic disturbances."

Shays' Rebellion followed a script that would be repeated in American history, especially during the lead-up to the Civil War.

President Barack Obama and others issue warnings about not kicking the debt issue down the road. Their predecessors in the 18th and 19th centuries passed the issue of slavery down to one another like it was a dinner bill no one wanted to pay.

They compromised so much that it took the Civil War to abolish slavery, says Klinghard, a political science professor at the College of the Holy Cross in Massachusetts.

"It didn't represent a momentary crisis," Klinghard says of issues such as slavery "but the culmination of years, decades of disputes during which a series of compromises results in an incoherent national policy and, despite compromise, the disputes continue to harden to the point that compromise becomes politically impossible."

A leader has to be able to fight dirty, historian says 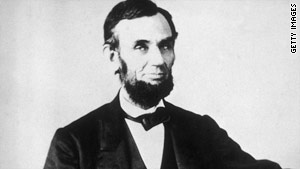 Abraham Lincoln settled the issue of slavery through cunning and strength, historians say.

Shays' Rebellion also offers another lesson for today's debt ceiling standoff, historians say. Forget all that talk about reaching across the aisle: Politicians operate like a pride of lions, and there can only be one alpha leader.

George Washington fulfilled that role after Shays' Rebellion. He abandoned retirement to become the nation's first president. His stature ensured that the president wouldn't be a token figure who deferred to state's powers.

Other periods of dangerous political gridlock in American history were resolved by alpha presidents, who had to possess a ruthless, and even deceitful, side, some historians say.

Consider President Abraham Lincoln, or Honest Abe. He's now known as the magnanimous president with the grandfatherly smile. He forgave personal insults and reached out to his enemies.

Yet Lincoln was also a political version of a cage fighter -- he could fight dirty, says Striner, the Washington College historian who has also written a book on Lincoln, "Father Abraham."

There are times when only the outright defeat of political enemies can bring about needed reform.
--Richard Striner, historian

Lincoln had long wanted to abolish slavery before he became president. But after he was elected, he wrote a now-famous public letter in 1862 saying he wouldn't free slaves if their enslavement would preserve the Union, Striner says.

"It was balderdash," Striner says. "He was being deceptive to allay white supremacist resistance to emancipation."

Today's political leaders could learn something from Lincoln, Striner says.

"Lincoln should be understood as a fervent anti-slavery idealist who was also a consummate Machiavellian power artist," Striner says. "It was this combination of qualities that meted out the death blow to American slavery. He was a moral visionary with street smarts."

A leader also has to be able to go to the people to break political gridlock, historians say. 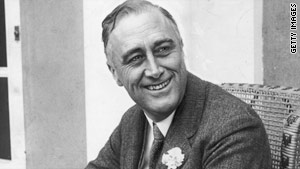 President Franklin Roosevelt was a master of appeal during the Great Depression, says Nancy Koehn, a historian at Harvard University's School of Business.

He helped settle a jittery nation's nerves through his fireside chats by explaining in concrete terms why New Deal legislation was necessary, she says.

Obama hasn't used the powers of the presidency to break through the debt ceiling gridlock, Koehn says, by talking directly to the American people about the stakes involved.

"For all of his presidency, he has never given evidence that he trusted the people to consistently bring them into his confidence and explain the connections," Koehn says. "He's never gone to the people and said, 'I need your help.' It's a huge, missed opportunity on his part."


Polls show Americans are in need of reassurance. Eighty percent are dissatisfied with the federal government, according to a recent Washington Post-ABC News poll. The daily media are full of editorials blasting both Republican and Democratic leaders.

Despite the anxiety, few are talking about the end of democracy. Many Americans may regard our current system of government as perpetual. We'll always have a democracy, right? But history shows that too many internal divisions can doom a democracy. The political leaders who put down Shays' Rebellion feared this fate, says Striner, the Washington College historian.

"Many of them were privately fearful that the union might not last," Striner says. "Most of them regarded our national existence as an 'experiment.' "

They also knew from history that the world's first democratic experiment collapsed because of poor leadership, he says.

The golden age of Athens evaporated with the death of Pericles, one of its greatest leaders. After Pericles, the Athenian assembly degenerated into chaos: bickering by demagogues, the launching of ill-thought-out military campaigns and the eventual overthrow of Athens by the Spartans, who abolished democracy.

"The death of Pericles left no one to master the squabbling and bickering factions," Striner says. "The confusion and division in Athens played into the hands of the conquering Spartans."

Sparta isn't massing at Washington's city limits if the debt negotiations fail, but the seeds of our potential collapse are still there, Striner says. The internal divisions that propelled Shays' Rebellion remain a part of America's political DNA. It won't end with the resolution of the debt ceiling standoff, he says.

"It is a permanent fixture in American political culture, even though its influence rises and falls," Striner says. "We will probably never outgrow it."