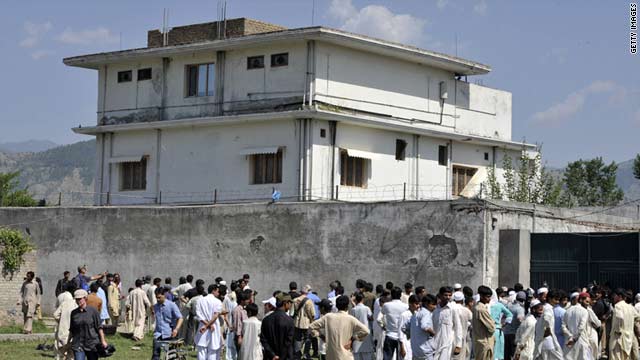 Washington (CNN) -- Kathryn Bigelow, who made the Oscar-winning movie "The Hurt Locker" on the Iraq war, is in the preliminary stages of making a movie about the killing of Osama bin Laden and has gotten access to top White House, Pentagon and CIA officials about the raid.

That has Rep. Peter King, the Republican chairman of the House Homeland Security Committee, demanding investigations by the Defense Department and CIA inspectors general into what, if any, classified information about special operations tactics, techniques and procedures were leaked to filmmakers.

"When people, including you in this room, are working on articles, books, documentaries or movies that involve the president ask to speak to administration officials, we do our best to accommodate them to make sure the facts are correct," Press Secretary Jay Carney told reporters. "We do not discuss classified information, and I would hope as we face a continued threat from terrorism, the House Committee on Homeland Security would have more important topics to discuss than a movie."

Carney said the filmmakers have met with White House officials and that "the information that this White House has provided about that mission has been focused on the president's role."

"There is no difference in the information that we have given to anybody that is working on this topic from what we gave to those of you in this room who worked on it in the days and weeks after the raid itself," Carney said.

"Someone wrote out a statement for Jay Carney and he has no idea what he talking about," King told CNN in an interview.

Philip Strub, the Pentagon's director of entertainment media, said he had had one meeting with Bigelow and her team about her movie since bin Laden was killed.

That was a preliminary discussion involving Strub, the filmmakers and Michael Vickers, the undersecretary of defense for intelligence, that mostly involved the decision-making process in the Pentagon regarding the raid.

"We go to great lengths not to reveal classified information," said Strub, whose main duty is as a liaison with Hollywood.

Pentagon spokesman Col. David Lapan said Bigelow's team did have other meetings at the Defense Department that did not involve Strub, but they were ordinary script research meetings that the Pentagon provides to established filmmakers on a regular basis.

One of the issues that King, R-New York, expressed concern about is that the movie would be released in October 2012, just before President Barack Obama, who gave the order to raid bin Laden's compound, will stand for re-election.

The timing of the release three weeks before the election "puts a cloud over the whole project" and is "a breach of faith" with the military and intelligence community, King said.

In a statement issued Wednesday, filmmakers Bigelow and Mark Boal denied any political motivation in a project that began years ago.

"Our upcoming film project about the decade-long pursuit of bin Laden has been in the works for many years and integrates the collective efforts of three administrations, including those of Presidents Clinton, Bush and Obama, as well as the cooperative strategies and implementation by the Department of Defense and the CIA," the filmmakers said.

"Indeed, the dangerous work of finding the world's most wanted man was carried out by individuals in the military and intelligence communities who put their lives at risk for the greater good without regard for political affiliation. This was an American triumph, both heroic and nonpartisan, and there is no basis to suggest that our film will represent this enormous victory otherwise," the statement said.

The CIA issued a statement about its role in helping moviemakers, saying such public outreach has gone on for years.

"Our goal is an accurate portrayal of the men and women of the CIA, their vital mission and the commitment to public service that defines them," the CIA statement said.

There was a CIA ceremony on June 29 in recognition of all those who assisted in the bin Laden raid, but the CIA would not say if any of the filmmakers were among the nearly 1,300 people in attendance.