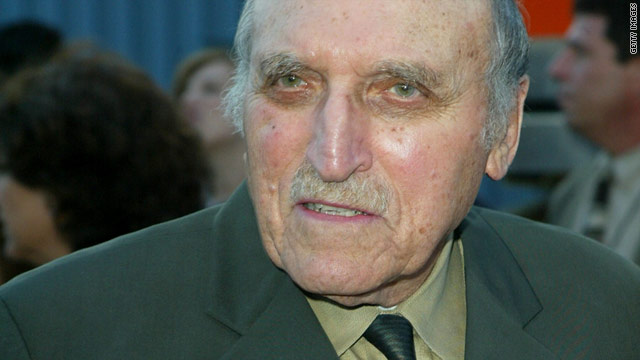 (CNN) -- Veteran actor Len Lesser died in his sleep Wednesday morning in Burbank, California, of complications from pneumonia. He was 88.

"It was very peaceful," his daughter, Michele Lesser, told CNN, saying the family had hoped for a quick and painless death. "He was a great grandpa, and an amazing father. He had a heart of gold -- and a sense of humor of platinum."

Best known as Jerry Seinfeld's Uncle Leo on TV's "Seinfeld," Lesser made more than 500 film, television and stage appearances. His TV roles ranged from "Studio One in Hollywood" in 1949 to a 2009 role on "Castle."

In addition to "Seinfeld," he had a recurring role as Garvin on "Everybody Loves Raymond." He also appeared on "ER," "Mad About You," "Thirtysomething," "Falcon Crest," "Quincy M.E.," "The Rockford Files," "Kojak," "The Bob Newhart Show," "The Mod Squad," "Green Acres," "All In The Family," "The Monkees," "Get Smart," "My Favorite Martian," "Ben Casey" and "The Untouchables."

Lesser also served in the Army during World War II.

In addition to his daughter Michelle, Lesser is survived by a son, David, David's wife Julie and the couple's three children.