By Jordan Bienstock, Special to CNN 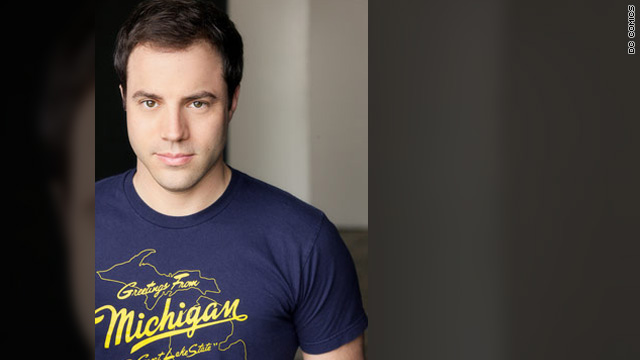 That's how John Mayo, co-host of the Comic Book Page podcast, describes Geoff Johns, the chief creative officer at DC Comics and one of the most influential figures in comics today.

All those trailers you've been seeing for the upcoming "Green Lantern" movie? A good chunk of the credit should go to Johns. He's a co-producer on the film, but he's also responsible for giving the character top billing recently in comics and, ultimately, in pop culture.

Johns brought Hal Jordan back to life in the "Green Lantern: Rebirth" series and went on to cast the emerald warrior's world as the focal point of the DC Universe in the popular "Blackest Night" comic event.

Now, he's taking on DC's newest large-scale series: "Flashpoint," a world in which everything you know will change in a Flash. The first issue hits shelves Wednesday.

"I didn't want to take the DC universe, put it in a box, shake the box and pour it out," Johns said. "I wanted to take the major characters and show what they could be like if they were put on a different path."

The one constant is another fan favorite that owes his recent reincarnation to Johns: the Silver Age Flash, Barry Allen.

Some Flash Facts about the scarlet speedster: Allen is a police scientist who, thanks to an accident, was imbued with the Speed Force, an energy that turned him into the fastest man alive. He sacrificed his life during one of DC's first mega events, "Crisis on Infinite Earths," back in the 1980s, but returned in recent years as a regular fixture in the DC world.

Taking decades of mythology in new directions might seem like a daunting task. But Bob Bretall, Mayo's co-host on the Comic Book Page podcast, said it's a balancing act that Johns performs well.

"He can retool a character or his/her history to make it more relevant to current readers without throwing away or disrespecting the work of previous creators."

If you're not familiar with Allen's back story, Johns said, you don't need to worry about playing catch-up before diving into the new series.

"You get all you need to know about The Flash in 'Flashpoint 1,' and then you're exploring a whole new universe together. So you're seeing it through Flash's eyes for the very first time."

Based on his track record, there's a good chance fans will be happy with the journey Johns is taking them on.

"Geoff Johns seems to be widely respected in the fan community, both as a writer and as a person," Mayo said. "I think the fact that he delivers great stories on a routine basis has earned him a lot of goodwill."

Johns has a lot in common with those fans, since his early experiences with comics mirrored many of their own. He started reading in the 1980s, gravitating toward the big, colorful characters of the DC universe.

But in a world often dominated by The Big Three -- Superman, Batman and Wonder Woman -- it was The Flash that grabbed Johns' attention.

"I thought his costume was amazing. I thought superspeed was really fascinating. I thought he had the greatest rogues' gallery," Johns said. "Flash felt like a doorway to all these wonderful things."

The doorway he's taking readers through with "Flashpoint" is one that opens on more than one character.

"Flash is about speed and time and altering perceptions. I wanted to explore that on a DC-wide scale," Johns said.

Doing things on a wide scale can present challenges for readers. Kathleen Saracen, manager at Titan Games & Comics in Smyrna, Georgia, said some customers grow frustrated about having to spend too much money on large crossover titles.

"Flashpoint" has a five-issue main story, with more than a dozen planned miniseries and a handful of one-shot stories. Podcast hosts Bretall and Mayo think the sheer volume may overwhelm some fans. 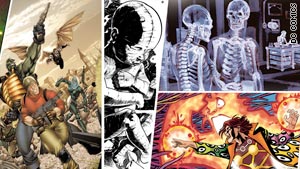 Writer Geoff Johns says that "Flashpoint" will cause major changes in the DC universe.

"That's a lot to digest and lot of money to commit," Bretall said.

Johns acknowledged the concerns but said the side miniseries are meant to be complementary, not obligatory.

"If you're interested, you can check out the other miniseries, but they're not vital to the main story. They expand and flesh out the world behind 'Flashpoint,' but you really only need to invest in the five main issues."

Can The Flash follow Green Lantern and jump to the forefront of pop culture? A big-screen adaptation is being developed, and Mayo and Bretall both feel that the character is popular enough for the "Flashpoint" series to do well. Johns said his ultimate goal is to increase that popularity.

"I wanted to create a book that would intrigue people enough to give Flash a shot," Johns said. "My hope is that anyone who's not a Flash fan, by the end of issue five, will be a Flash fan, whether they're a current reader, lapsed reader or new reader."