Oscar nominee: I was a tomboy 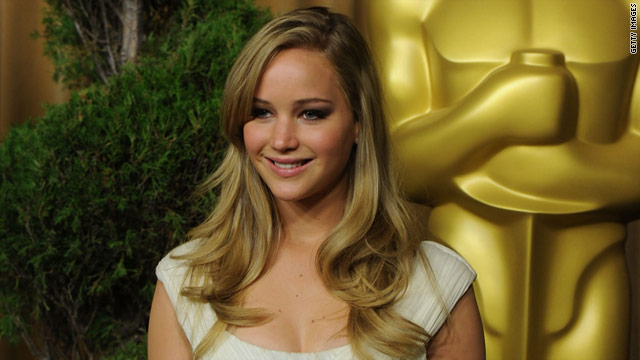 (RollingStone.com) -- Jennifer Lawrence, the 20-year-old Oscar nominee for Best Actress, is sitting in a fancy Manhattan hotel sipping tea and feeling a little out of place.

See, she grew up in Louisville, Kentucky, where her dad owned a construction company and her mom ran a summer camp. They had land and horses. She loved to fish. She was a total tomboy: field hockey, softball, basketball on an all-boys team. ("I was so dykey.")

One of her nicknames was Nitro. She lives in Los Angeles now, but "little redneck things still come out." Like what? "I'm attracted to my brother. Stuff like that."

At 14, she decided she wanted to be an actress and dragged her mom to New York for auditions. The people at Reese's Peanut Butter Cups told her she was the best they'd ever seen. Her mom told her they were lying. (Her mom didn't like showbiz much.)

She auditioned for the role of Bella in "Twilight," which would have been perfect if Bella were a badass, but since she's a frightened waif, Lawrence ended up not getting the part. Which was for the best because the role she did get was for "Winter's Bone," in which she's fantastic: harrowing and tender as the 17-year-old daughter of an Ozarks meth-cooker who's fighting to take care of her little brother and sister.

This article appears in the February 17, 2011 issue of Rolling Stone. The issue is available now on newsstands and will appear in the online archive February 4.

To prep for the part, Lawrence learned how to shoot a gun and field-dress squirrels. She already knew how to chop wood: "I went through a wood-chopping phase when I was nine or 10." She says she hasn't even bothered preparing an Oscar speech: "I have been practicing my losing face, though. Do you want to see it?" (For the record, it's a very good losing face.)

Later this year comes "X-Men: First Class," where she'll play the mutant Mystique, blue-skinned and topless. ("Did I feel naked being naked?" she asks, so you don't have to. "Yeah. Totally.") But before that there's Jodie Foster's "The Beaver," premiering in May, in which she appears alongside a certifiable Mel Gibson. Which means she has some crazy Mel Gibson stories, right?