Review: 'Limitless' is sharp, but has its limits 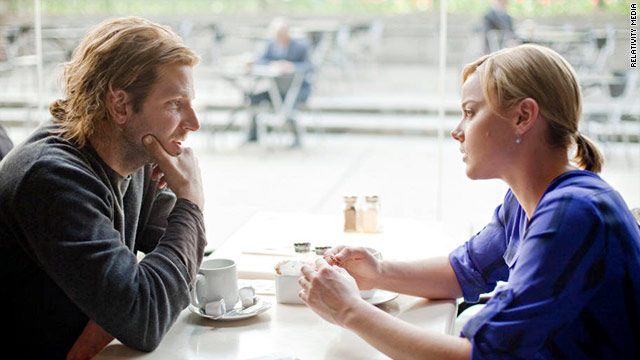 (CNN) -- Which super-power would you have?

We've all played that game. Flight. Super-strength. X-ray vision. Invisibility. In the inventive, energetic thriller "Limitless," Bradley Cooper's Eddie Morra tries something a little different: intelligence. Brilliant! Why didn't I think of that?

Because I'm not so smart, I guess.

Nor is Eddie, at first. He's stumbling through, working on the first page of a novel -- the first word, even -- drinking too much, and relying on bailouts from his soon-to-be-ex-girlfriend to keep the landlord from changing the locks. He looks about as bad as Bradley Cooper is ever going to look.

Then he bumps into his ex-wife's brother Vernon (Jonny Whitworth) on the street. Vernon's not a dealer, he's a "pharmaceutical consultant." Against his better judgment Eddie pops the $800 pill Vernon says will help him with his book. Which it definitely does. But in short order Vernon winds up dead and Eddie's holding the stash.

How to show enhanced IQ on screen? Director Neil Burger ("The Illusionist," "The Lucky Ones") and director of photography Jo Willems seize on clarity. When the pills kick in, it's as if Eddie's 20/20 vision has been restored. The world perceptibly brightens, colors are sharper, and everything snaps into focus.

In one particularly nifty visual coup, Willems (or more likely the digital compositor) zooms forward through a series of car windscreens, offering a propulsive, flowing vision of Manhattan's circuitry, a kind of street view of the mind's eye.

Suddenly all Eddie's memory banks are firing. He can recall everything he's ever read. He's uncommonly lucid and articulate. The book writes itself almost, but he knows he's too smart to dedicate himself to another one. If he's going to win his girlfriend back, he's going to have to make some serious money.

Fashioned as a fast-moving thriller, with person or persons unknown on the trail of the missing pills even as Eddie makes a name for himself as the hottest whiz kid on Wall Street, "Limitless" works as a kind of tongue-in-cheek celebration of the cerebral cortex.

Mind you, it's not discernibly deep or introspective. The kind of smarts Eddie finds are of the quiz show quick-fire round variety, but at least the movie does show a certain gut-level respect for the intellect that's pretty rare. In most flicks the smartest guy in the room is either a criminal mastermind or a cold-blooded psychopath.

Eddie only uses his gray matter to get rich quick and get back with his on-again-off-again girlfriend played by Abbie Cornish, but Burger and screenwriter Leslie Dixon do weave in a deft subtext about power and manipulation with Robert De Niro's uber-rich financier at the center of everything.

De Niro doesn't have a lot of screen time, but delivers one great monologue about paying your dues with such authority that Cooper must have been tempted to pull out his cell phone and record it for future reference. That scene apart, Cooper looks every inch the movie star. He inherited the role when Shia Labeouf broke his arm, but Cooper comes through so strong that looks like a lucky break for the filmmakers.

Even as it cruises along, the movie shoots itself in the foot more than once. Why on earth wouldn't Eddie put his mega-mind to analyzing the chemical content of his wonder pills before they run out? Who did kill that... ? How come he's so slow to realize...? Well, those would be major plot spoilers. Let's just say if you've seen enough movies you'll likely stay a step or two ahead of our synthetic genius.

"Limitless" may not be as brainy as it would like to think it is, but it's a relatively sharp and surprisingly playful head-trip, a satisfyingly novel twist on mindless entertainment.