Radio stations confused over ruling to ban 'Money for Nothing' 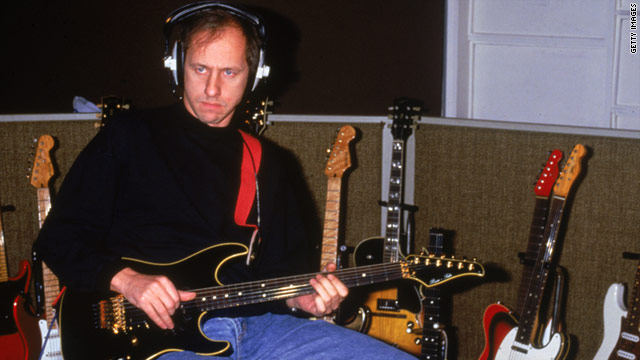 Mark Knopfler, lead singer of Dire Straits, tries out one of a large collection of guitars in 1987.
STORY HIGHLIGHTS
RELATED TOPICS

(RollingStone.com) -- Canada's broadcast regulator, the Canadian Radio-Television and Telecommunications Commission, has put pressure on the Canadian Broadcast Standards Council to reconsider its decision to ban Dire Straits' 1985 hit "Money for Nothing" from Canadian airwaves for including an anti-gay slur.

The CRTC received more then 250 complaints about the CBSC's decision to remove the song, which is a long-established staple of rock radio stations.

Many of the complaints were understandably confused about the distinction between the two organizations: The CRTC is a federal watchdog agency and the CBSC is a non-government industry group set up by private broadcasters to set ethical standards.

RollingStone.com: This week in photos

Confusion about the authority of the CBSC has led to uncertainty about how to enforce the ruling among many Canadian radio stations.

The CBSC's regional panel had only sanctioned the station in St. John's, Newfoundland where the original complaint about the song originated.

The CRTC has sent a letter urging the CBSC to more thoughtfully examine the artistic intent of the Dire Straits tune, taking into account that it has been played countless times over the past 25 years.

See the original article at RollingStone.com