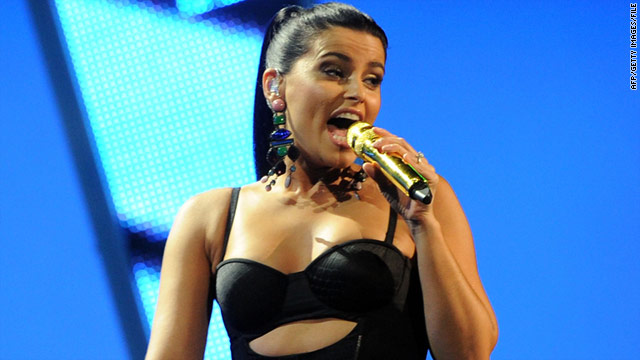 (CNN) -- Canadian pop singer Nelly Furtado's Twitter admission that she performed for members of embattled Libyan leader Moammar Gadhafi's family puts her on a select but growing list of top-flight entertainers who have done so.

"In 2007, I received 1million$ from the Qaddafi clan to perform a 45 min. Show for guests at a hotel in Italy," read a tweet on Furtado's official account Monday. "I am going to donate the $."

Between U.S diplomatic cables posted on WikiLeaks and artists' own admissions, no less than five performers have entertained the Gadhafis at a host of international locales.

The Caribbean island of St. Barts was the site for a New Year's Eve party thrown by Mutassim Gadhafi, Libya's national security adviser and one of the dictator's sons, in 2009. R&B stars Beyonce and Usher were the entertainment in what the cables called a $1 million personal concert.

The same son on the same island a year earlier paid another $1 million to hear Mariah Carey sing, the cables said. She sang four songs.

In 2006, the Gadhafis brought pop star Lionel Richie to Libya to perform. The concert marked the 20th anniversary of a U.S. raid on the North African country.

CNN tried to reach Libya's representative in Washington on the WikiLeaks cables but received no response. CNN also reached out to representatives for Beyonce, Usher, Carey and Richie for comment.

A representative for Beyonce was the only one who responded, saying, "No comment."