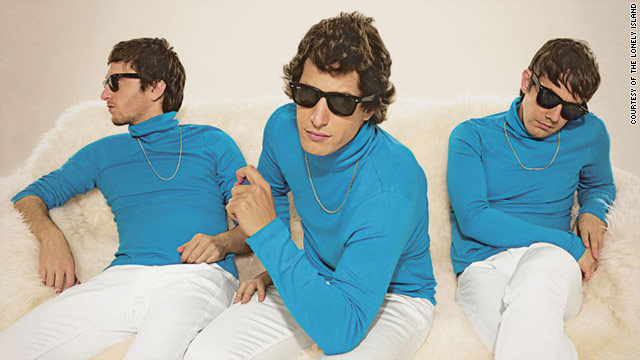 (EW.com) -- Truly, ''D--- in a Box'' is the gift that keeps on giving for the Lonely Island, the nom de fake rap of "Saturday Night Live" star Andy Samberg and his BFFs, "SNL" writer-directors Jorma Taccone and Akiva Schaffer.

Since that brilliant, indisputably instructive R&B satire first appeared in 2006, the trio -- along with featured players like Rihanna, T-Pain, and a very game Justin Timberlake -- has had remarkable success in the notoriously difficult genre of ''funny music,'' hitting a neat balance of parody and sweet-natured homage (peppered with plenty of references to their respective junk).

On ''Motherlover,'' honorary Islander Timberlake returns for a deeply filthy, proudly MILF-y ode to ''pushing that way where you came out as a baby,'' while the triumphantly goofy ''I Just Had Sex,'' with Akon, manages to be both outrageous and entirely plausible radio bait.

EW.com: Michael Bolton returns to 'SNL' after 20 years: Best thing he did in between appearances?

Until, of course, one notices the title: ''Trouble on Dookie Island.''

See the original article at EW.com.