The importance of music education in schools

By Vince DiFiore, Special to CNN 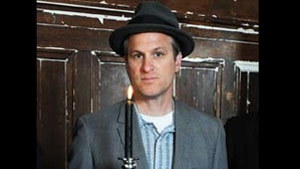 Editor's note: Vince DiFiore plays trumpet in the band CAKE, which is currently touring the U.S. and Europe. The band has teamed up with the US Scholastic Band Association (USSBA) for "The Federal Funding March," a nationwide contest for high school and college marching bands.

(CNN) -- During high school, I was a consistent member of the symphonic band. The band director regularly called on me to sight-read daily rhythm exercises for the rest of the class and, more significantly, gave me the honor of conducting one of our compositions for the annual fall concert.

That leadership experience was a milestone and will stay with me for a lifetime.

Still, I fell short of joining the marching band.

When a trumpeter friend from middle school invited me to be a guest player in a pep band for a basketball game at a nearby high school where most of my classmates from eighth grade had attended, I realized the excitement involved in that music.

This scaled-down version of the marching band was loud and impactful in the reverberating gym, and at that moment, it was clear what I had been missing out on.The camaraderie alone was incredibly uplifting.

My high school band teacher's name was John McRae. Now, as the trumpeter for the band CAKE, I work with songwriter John McCrea. Parallels can be constructed beyond the similar names.

Certainly, it could be said that the world of rock shares many of the same elements as the high school society: cliques, direct attention to individual issues of attitude adjustment and, most importantly, the frequent notion of liberating oneself.

Basically, both realms share themes that are recurrent throughout an entire lifetime. During high school, however, these issues face our promising citizens in an abrupt and acute way.

That sense of belonging, having a healthy perspective on weighty issues and the ability to self-individuate may be never fully realized, even in a lifetime. What is necessary in the microsociety of high school is a sturdy vessel in which to navigate a safe and fulfilling journey to the next transition.

In high school, music programs are that vehicle.

Our drummer, Paulo Baldi, for instance, lived in three states as a teenager (Colorado, New Mexico and Washington) while attending four different high schools. Joining the marching band in each unfamiliar place helped to connect his high school experience. He made friends through each transition, and it made comfortable what could have otherwise been an alienating experience.

Gabriel Nelson, the bassist for CAKE, was in jazz ensemble at Sacramento High School. He learned a great deal there, at a critical time in his life.

After excelling at music theory in a piano class, he was recruited into the school's accomplished jazz band, as it needed a competent bass player. Gabriel and his friends in that group later went on to form bands together outside of school.

Paulo Baldi testifies that, "Marching band in particular is the savior for people who may or may not be athletic. Marching band is music, memorization, eye-hand coordination and good for your posture. It may hurt to be told your paradiddles suck, but it builds character. It's a team sport. You create friendships that become your buddies for life. High school music is something focused to do. You don't have to be great to belong, and members immediately have something in common."

Aside from the social benefits, students in high school music programs have higher test scores and cognitive development. A U.S. Department of Education study found that those who reported consistent involvement in instrumental music over the middle and high school years show significantly higher levels of mathematics proficiency by grade 12. (This observation holds regardless of students' socioeconomic status.)

Additionally, students who learn to play an instrument develop a greater language capacity and a greater ability to learn a new language. In another context, it is invaluable to gain a wider perspective on cultural history by being exposed to centuries of our rich cultural heritage.

When the track "Federal Funding" (from CAKE's new album "Showroom of Compassion") was completed, there was something about it that made it sound like a ready-made marching band arrangement.

The topic of the song (the delicate issue of applying for federal grants and receiving favors from friends in high places), in the hands of CAKE, became a romp that was full of syncopation, melodies and counterparts, with a mean and bouncy rhythm section.

At our studio in Sacramento, California, as the dust hadn't quite settled after completing our album, I returned to remove all the electric instruments and the drum kit from the session, then recorded my friends in town who had played saxophone, tuba and drums in various marching bands around northern California. The result is the "Federal Funding March," an ode to the epic marching band sound.

On a fall weekend in junior high, my dad took me to see a marching band parade in Long Beach, California. We sat in the VIP grandstand, shoulder to shoulder, with Iron Eyes Cody, the actor who portrayed the tearful witness to roadside littering in the public service announcement from the '70s. All the marching bands were playing "Star Wars" that year.

It is our hope that every band will be playing the "Federal Funding March" next year. Band directors, we're offering the charts for free, and we guarantee that you, and your players, will gladly accept it into your repertoire.

Best wishes for an exceptional marching band season next year.