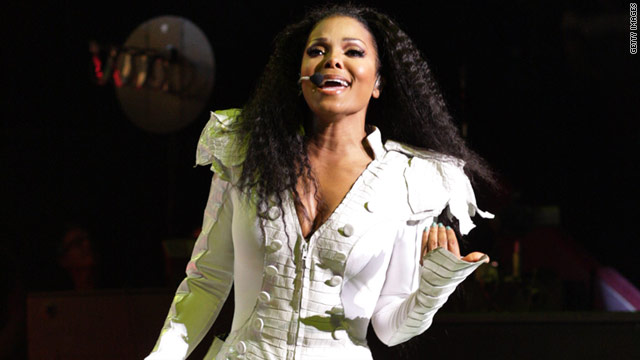 London (CNN) -- Janet Jackson is opening up for the first time about a duet with her brother that she's reviving two years after his death.

Jackson took to the stage in London on Thursday and performed their 1995 song Scream as video of Michael Jackson played and his voice filled Royal Albert Hall.

The reworked duet follows in the footsteps of jazz pianist and singer Nat King Cole and his daughter, Natalie Cole. In 1991 she turned her father's famous 1961 recording "Unforgettable" into a father-daughter duet.

Janet Jackson said she did the original duet at the request of her brother years ago.

"I was on the Rhythm Nation tour and Mike actually asked me to do a song with him and I told him no. I didn't want to do it. I felt I hadn't come into my own and I hadn't fully made a name for myself ... and I didn't want to ride anyone's coattails," she said. "And I remember being in the Janet Tour a few good years later and he asked me again if I would do a song with him. And I felt, at that point, I'd carved my own little niche in this world of music and I felt okay, I can do this now and that's how it came about."

Jackson said that performing the song alongside her brother again isn't difficult.

"It feels great -- just listening to and hearing his voice," she said, adding that on stage she finds herself, "remembering the experience of recording it."

Jackson declined to comment to the press on the two-year mark of her brother's death, instead taking to social media this week with a simple message on Twitter on the June 25 anniversary: "I miss you, I love you."

Jackson wraps up the European leg of her tour this week then heads to North America, Australia and Africa.