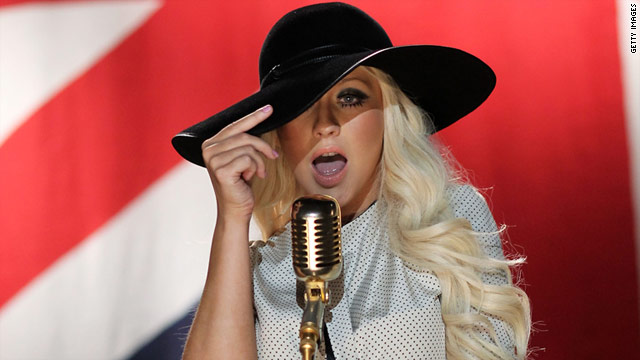 Christina Aguilera is one of the artists who will be part of the "Michael Forever: The Tribute Concert" line-up.
STORY HIGHLIGHTS
RELATED TOPICS

Members of the Jackson family taking the stage October 8 in Cardiff, Wales, include several of Michael Jackson's brothers, "the next generation of Jacksons," and 3T, which consists of Tito Jackson's three sons.

Alternative rock band Alien Ant Farm and British R&B singer Craig David are also on the bill, while other artists will be added in the next few days, according to promoter Global Live Events.

"This announcement is just the beginning, we have many more to announce," Global Live Events executive Paul Ring said. "This concert will unite various generations and musical genres, reminding everyone of just how amazing a talent Michael was."

With the "Michael Forever: The Tribute Concert" lineup now known, fans can start "registering their interest for tickets" online at http://www.michaelforevertribute.com/ beginning Thursday, the promoter said. A lottery will determine which fans will be invited to purchase tickets, it said.

The concert in the Wales Millennium Stadium in Cardiff, which seats 75,000 people, would be at least four hours long, Global Live Events CEO Chris Hunt said.

Jackson matriarch Katherine Jackson and the promoter are scheduled to discuss the show's plans in a live broadcast on CNN Monday.

The delay produced grumbling and doubts expressed on Jackson fan websites, but promoters hope the revelation of the lineup will satisfy them. "Fans of Michael's music will get the concert they've been waiting for," Hunt said in a message posted on the promoter's website last week.

Two of the five surviving Jackson brothers, Jermaine and Randy, objected to the timing of the show, issuing a sharply worded statement last month that reflected a deep division within the Jackson family.

"We want to make clear that this does not reflect the position of the entire family," the two brothers said in a joint statement after their mother and four siblings endorsed the show.

"While we wholeheartedly support the spirit of a tribute that honors our brother, we find it impossible to support an event that is due to take place during the criminal trial surrounding Michael's death," Jermaine and Randy Jackson said.

The involuntary manslaughter trial of Michael Jackson's physician, Dr. Conrad Murray, begins in September and is expected to continue into October.

While Katherine Jackson has previously said she would attend every day of Murray's trial -- as she did when her son was tried on a sex charge -- the promoter said the Jackson mother will travel to Wales for the concert.

"In light of this, we feel it is inappropriate to be involved with such an ill-timed event and its promoter, Global Live," Randy and Jermaine Jackson said.

Their statement said the idea of the October concert was presented to the entire family in April "as an idea already in its advanced stages." The decision to go ahead with it "disrespects opinions and wishes expressed in the strongest terms" by some members of the Jackson family, they said.

"We share their concerns that this concert is taking place at a most inappropriate time when everyone's care and attention should be focused on the matter of justice. We believe that, as stated by Jermaine and Randy, the most important tribute we can give to Michael Jackson at this time is to seek justice in his name."

Jackson fans posted messages on the concert's Facebook page questioning ticket prices and the process for buying them.

Fans must register for a chance to buy a ticket. While the website initially said the higher a pledge to a charity they make while registering, the better their chances of getting a good seat. It was later revised to say that donations are not mandatory and all applications will have an equal chance.

A portion of the concert proceeds, particularly fan pledges, will go to charities, The Aids Project LA and The Prince's Trust, the promoters said.

A spokesman for Michael Jackson's estate said last month that the promoters never sought or obtained permission from the estate's executors to use the late pop singer's name or image.

"The estate has not been contacted and is not involved with Global Live Events in the UK tribute concert announced today," spokesman Jim Bates told CNN.