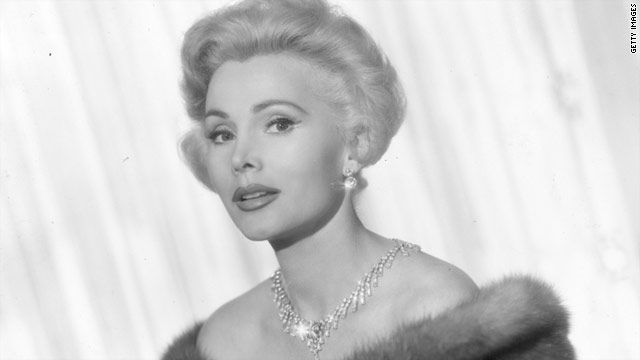 Doctors have been treating Zsa Zsa Gabor, 93, for a "very deep" lesion on her lower leg.
STORY HIGHLIGHTS

"She seemed to tolerate it well, although she's in a somewhat frail condition," Dr. David Rigberg said.

Doctors have been treating Gabor, 93, at Ronald Reagan UCLA Medical Center for two weeks without success, leading to Friday's amputation of her right leg above the knee, Rigberg said.

"We're guarded in our opinion on how she's going to do overall," Rigberg said."She didn't come in from home in very good health, so it's difficult for me to predict how long she's going to be here."

Husband Prince Frederic Von Anhalt said he did not tell Gabor she was being taken to surgery for an amputation.

"Eventually, she will feel it, and then she will ask me and at that moment I don't even want to think about it," he said.

Gabor's only child, daughter Francesca Hilton, complained that doctors had been ordered by Von Anhalt not to talk to her or let her see her mother.

Hilton has maintained a strained relationship with Von Anhalt, Gabor's ninth and current husband of 23 years.

In November, Gabor was hospitalized for a swollen leg, her husband said at the time. Paramedics initially suspected Gabor suffered from a blood clot in her left leg, but an emergency room doctor at Ronald Reagan UCLA Medical Center later determined she had an infection, according to Von Anhalt.

Gabor has been frail and "pretty much confined to a wheelchair" since a 2002 car accident, Von Anhalt has said. The crash happened when the car in which she was riding with her hairdresser slammed into a light pole on Sunset Boulevard in Los Angeles.

She had hip replacement surgery last year after she suffered a fall in her home.

The Hungarian-born actress, the second of the three celebrated Gabor sisters, is most famous for her many marriages. Among her husbands was Oscar-winning actor George Sanders.