Photographer: Lawsuit against Rihanna 'not personal' 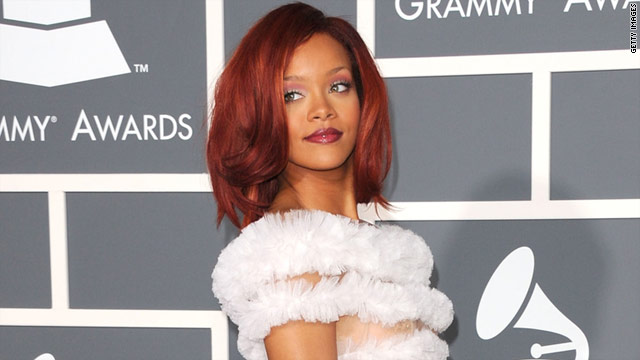 Fashion photographer David LaChapelle filed a lawsuit against Rihanna for allegedly ripping off his photos for a music video.
STORY HIGHLIGHTS
RELATED TOPICS

(CNN) -- Fashion photographer David LaChapelle's lawsuit against Rihanna for allegedly ripping off his photos for a music video is "not personal, strictly business," LaChapelle said Tuesday.

The lawsuit, filed in U.S. District Court in New York on Monday, demands at least $1 million from Rihanna and Island Def Jam for copyright infringement of eight "original photographs conceived and created by" LaChapelle.

Rihanna and her record label did not immediately respond to a CNN request for comment.

LaChapelle, known for his celebrity photos appearing in Rolling Stone, GQ and Vanity Fair, offered a personal comment about why he sued Rihanna, whom he photographed for an MTV ad in 2007.

"I really like Riri -- this is not personal, strictly business," he said. "Musicians commonly pay to sample music or use someone's beats and there should be no difference when 'sampling' artist's visuals."

She or her representatives asked other directors to "make a "LaChapelle-esque music video," the suit charges. One director rejected the job, while Melina Matsoukas accepted, it says. Matsoukas is named as a co-defendant.

The court filing alleged that the director used storyboards for the video that included LaChapelle prints.

"Defendants' blatant reliance on the LaChapelle works, including incorporating them on the storyboards for the video shoot, confirms that defendants' infringing acts were willful, wanton and deliberate," the suit says.

The court documents include eight frames from the final video for comparison with the eight LaChapelle photos.

It includes a description that says LaChapelle's photo "'Latex' features a close-up of a female in profile (her left side is facing the camera) against a blue background wearing false eyelashes and a close-fitting, shiny, pink latex hood, with her mouth open and a cup the size of a small candy on her tongue."

"In the music video, Rihanna is seen in close-up profile (with her left side facing the camera) against a blue background wearing false eyelashes and a close-fitting, shiny, pink latex hood, with her mouth open and placing a small candy on her tongue," the lawsuit said.

The requested damages of at least $1 million is the same as LaChapelle's usual fee for directing a music video, it says.

"The music video is of inferior quality to music videos directed by the plaintiff," the suit said.