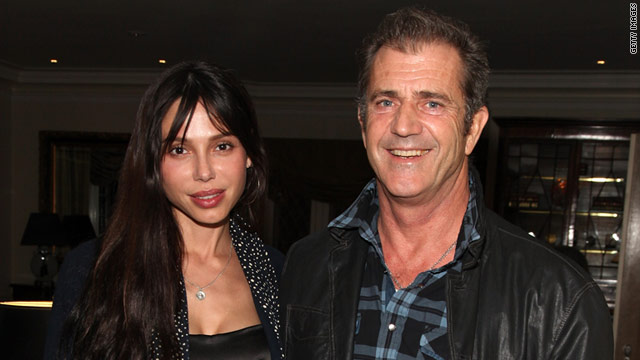 Los Angeles (CNN) -- Mel Gibson's ex-girlfriend dropped her domestic violence accusations against the actor during a court hearing Wednesday morning, according to sources close to both Gibson and Oksana Grigorieva.

Grigorieva's lawyer also told a Los Angeles County Superior Court judge she wanted the restraining order that prohibited Gibson from having contact with her lifted, the sources said.

Grigorieva had been using the domestic violence accusations in her effort to change the custody arrangement for their child.

"She wanted to demonstrate she's a responsible, good, co-parent and she did this for the sake of the child," said a source close to Grigorieva, who asked not to be identified.

Lawyers for both sides have not commented publicly about the case, much of which has been sealed by the judge since it involves the custody battle for their young daughter.

Gibson entered a "no contest" plea in March to a misdemeanor battery charge relating to an incident last year involving Grigorieva.

A plea deal put the actor on unsupervised probation for three years and it requires Gibson to complete 52 weeks of anger management counseling. It also allowed him to enter a no contest plea without admitting guilt.

Gibson and Grigorieva are in a bitter legal fight over custody of their daughter. The sheriff's investigation findings have been in the hands of prosecutors since August.

It was not immediately clear if Grigorieva would continue to pursue a civil suit against Gibson based on the violence accusations.