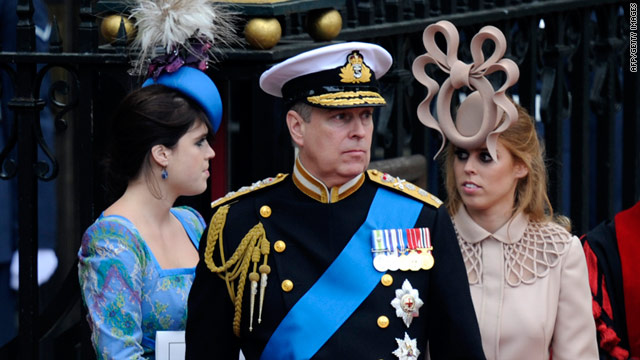 London (CNN) -- Is it a bird? A bow? A pretzel? The hat worn by Britain's Princess Beatrice to last month's royal wedding created a stir, spawning numerous blog posts and even a Facebook page with more than 140,000 fans.

Now, Beatrice has donated the "unique sculptural celebratory headpiece" to be auctioned online, with proceeds to benefit charities for children.

Beatrice, the daughter of Prince Andrew and Sarah Ferguson, the duchess of York, wore the rose-colored hat to the wedding of Prince William and Catherine Middleton on April 29. It was designed by milliner Phillip Treacy.

The listing also shows some of the tongue-in-cheek photos created and posted online, such as one with a cat crawling through the front of the hat. It also inspired a tribute song and a Facebook page, "Princess Beatrice's ridiculous Royal Wedding hat."

Proceeds from the auction, which ends May 22, benefit The Little Bee Initiative, a campaign set up by the princess to benefit UNICEF UK and Children in Crisis, according to the listing.

"I've been surprised by the overwhelming response to 'the hat,'" Treacy said in the auction listing. "... I'm delighted, flattered and touched by HRH Princess Beatrice's decision to donate the hat to charity. I hope that people all over the world will be generous and that this hat will benefit many."

The auction is being managed by Auction For A Cause, an auction management service that specializes in "high-profile promotional auctions for charities, nonprofit organisations and brands," according to the listing's frequently asked questions.

Bidders must be preapproved, according to the listing, and at least 18.

"Good on you, Beatrice, for auctioning it for charity," one woman wrote.