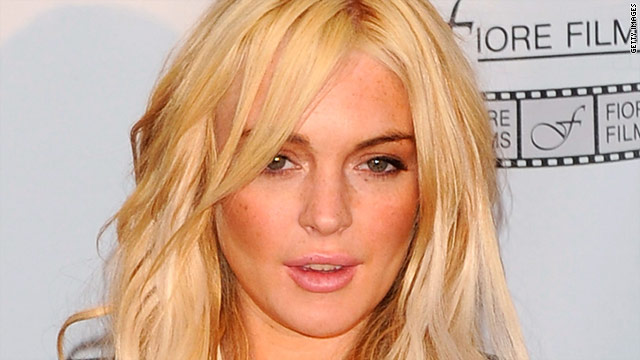 Los Angeles (CNN) -- Actress Lindsay Lohan was under house arrest early Friday, authorities said, after she turned herself in early to begin a sentence for jewelry theft conviction.

It was determined that she would serve her time under house arrest because of overcrowding at the facility, authorities said.

She was fitted with an electronic ankle bracelet to monitor her movements and ensure she stays at home, except as allowed by the court, Whitmore said.

The actress was sentenced May 11 to 120 days in jail, but overcrowding at the facility and state rules could reduce the time she must be confined to her Venice, California, home, the sheriff's office said earlier.

Lohan, 24, pleaded no contest to a misdemeanor theft charge after she apparently left a Venice jewelry store in January wearing a gold and diamond necklace she had not paid for.

Once there, it was determined that she was eligible for home confinement instead of jail, he said.

Early release formulas, required by a federal order to reduce jail overcrowding, will likely reduce the sentence to about 14 days, Whitmore said after the sentencing.

"Because of budget constraints and because we're under a federal consent decree that requires us to curb our overcrowding situation, nonviolent offenders, lesser crimes, get 20% of their sentence," the spokesman explained.

Sautner remarked that the discounts on the sentences "seem to be like shopping at Costco."

As part of Lohan's sentence, Sautner also ordered that the actress remain on supervised probation until she completes 480 hours of community service.

Sautner said drugs and alcohol are not the root of Lohan's legal troubles, but "she's got other problems for which she self-medicates."

Lohan's four years in and out of court -- and sometimes jail -- started with two drunken driving arrests in 2007. Since then, she's spent more than eight months in substance abuse rehabilitation programs. After her sentencing, the court released a probation report that said the actress "appears to be continuing to struggle with substance abuse issues."

Lohan was not at the May 11 hearing, but her lawyer entered a no-contest plea to the misdemeanor theft charge on her behalf.

"I am glad to be able to put this past me and move on with my life and my career," Lohan said in a written statement released by her lawyer. "I support the judge's decision and hold myself accountable for being in this situation."