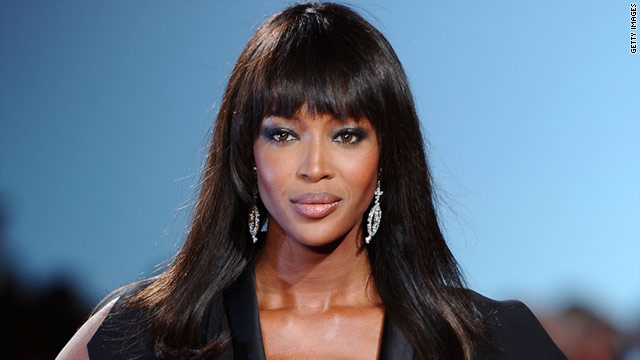 Supermodel Naomi Campbell is calling an ad campaign that compares her to a chocolate candy bar "insulting and hurtful."
STORY HIGHLIGHTS
RELATED TOPICS

(CNN) -- British supermodel Naomi Campbell called an ad campaign comparing her to a chocolate candy bar "insulting and hurtful," hinting that she might sue the company that ran the ad in magazines and on billboards.

The ad featured a photo of the Cadbury Dairy Milk Bliss sitting on a pile of diamonds below the slogan "Move over Naomi, there's a new diva in town."

A spokesman for Cadbury told CNN Tuesday the chocolate maker never intended "to cause any offense and the campaign itself is a light-hearted take on the social pretensions of Cadbury Dairy Milk Bliss."

Campbell, in a written statement sent to CNN Tuesday, said she was shocked.

"It's upsetting to be described as chocolate, not just for me, but for all black women and black people as a race," Campbell said. "I do not find any humour in this, it is insulting and hurtful."

While she would not confirm online reports that she would call for a boycott of Cadbury products, she did say, "I am considering every option available to me."

Cadbury spokeswoman Samantha Wothers said the ad was pulled before Campbell's complaint and that the Dairy Milk Bliss campaign would end this week.

"Cadbury takes its responsibility very seriously indeed and we would never produce any marketing activity we felt might cause offense to any section of society," Wothers said.

CNN's Jack Hannah and Rachel Wells contributed to this report.