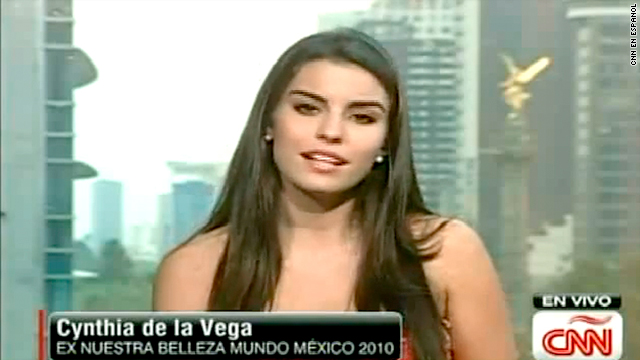 Mexico City (CNN) -- A Mexican beauty queen says officials took away her crown after she gained weight, stopping her from competing in this year's Miss World pageant.

"I feel healthy enough to represent my country, and I think this is an injustice," Cynthia de la Vega told CNN en Espanol Wednesday.

But the head of the Nuestra Belleza Mexico beauty contest said that weight had nothing to do with the decision.

"It was a lack of dedication and discipline," Lupita Jones, Mexico's first Miss Universe winner and the national director of Nuestra Belleza Mexico, told reporters Wednesday.

Organizers of the Mexican competition took away de la Vega's crown last month and said she couldn't compete in the November Miss World pageant in London. On Wednesday they announced that Gabriela Palacio, designated as a substitute after the Mexico competition, would take her place.

Nuestra Belleza Mexico's official statement on the move said de la Vega "did not comply with the recommendations and goals agreed upon for her preparation."

De la Vega told CNN en Espanol that she gained weight as the stressful competition neared. But she added that contest officials did not inform her of any specific weight or appearance requirements, or provide the support she needed while training for the competition.

"They took away the crown that I earned. That is mine," she said.