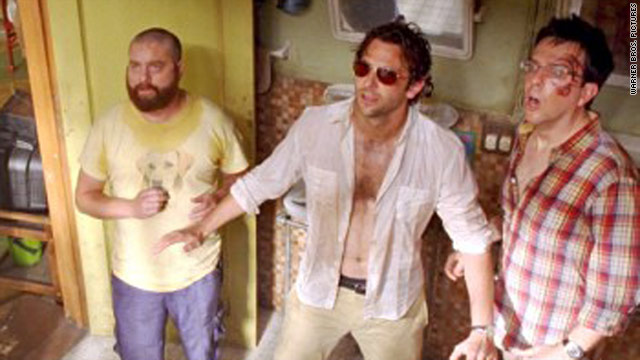 Scott McLean, a veteran of dozens of movies and TV shows, was in a medically induced coma for two months after a high-speed, head-on collision on the set in Bangkok, Thailand, on December 17, 2010.

McLean, who now lives in a Sydney rehabilitation facility, "suffers ongoing seizures, speech impediments, physical impediments, and brain trauma," according to the lawsuit filed Tuesday in a federal court in Los Angeles.

Along with the studio and the film's second unit director, Brian Smerz, the lawsuit names stunt coordinator Russell Solberg as a defendant.

It alleges that Solberg, who was in charge of the shoot, changed the timing of the sequence while the stunt was in progress.

He "commanded the driver" of the car in which McLean was a passenger to speed up, which "resulted in a serious and unplanned head-on collision with an oncoming vehicle."

"We were shocked and saddened by this accident and have been working closely with Scott and his family throughout his treatment and recovery," McGuire said. "We have offered continual support since the accident occurred and we are working together to try and resolve any outstanding issues."

The lawsuit does not specify how much money McLean is seeking.

"Hangover 2" has grossed nearly $600 million worldwide since its release in May, according to BoxOfficeMojo.com.