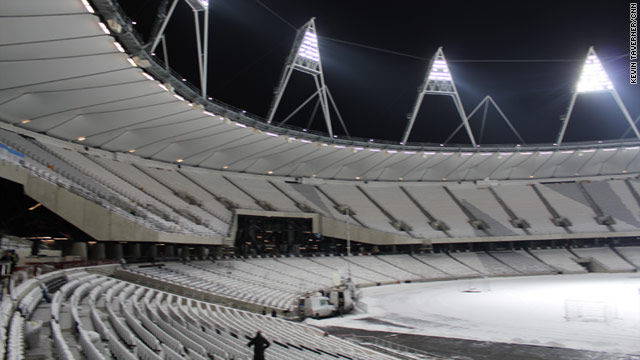 (CNN) -- The schedule of events for the 2012 London Olympics was released on Tuesday as organizers stepped up the drive to encourage sports fans to sign up for tickets.

The usual athletics showpiece of the four-yearly competition, the men's 100-meters final, will take place on August 5.

Spectators will have to pay from £50 ($80) to £725 ($1,170) for an evening's action that is expected to pit defending and world champion Usain Bolt against American sprinter Tyson Gay.

Jamaica's Bolt will also seek to defend his 200m title on August 9, and his bid for a second successive triple triumph will conclude with the 4x100m relay two days later.

The swimming program, which will see American Michael Phelps attempt to add to his record 14 gold medals and potentially the comeback of Australia's five-time champion Ian Thorpe, will begin July 28 and conclude August 4.

There will be 26 sports on show, and the public can apply for tickets at the official website from March 15 to April 26 this year.

"Everyone -- athletes, coaches, spectators, broadcasters and everybody who wants to be part of London 2012 -- can now start planning their Games," said London organizing committee chairman Sebastian Coe, a double gold medal-winning runner for Britain in the 1980s.