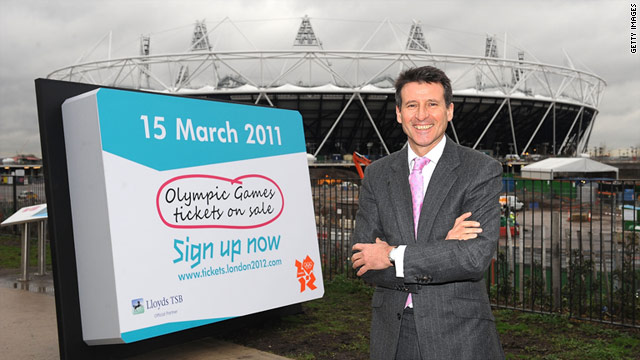 (CNN) -- The race for London 2012 tickets will begin on Tuesday in London as 6.6 million seats go up for grabs a full 500 days before the Olympics begin.

Over 2.5 million people have registered for tickets and those applying will have six weeks to place their bids for a plethora of sporting events.

Organizers are keen to stress the application process is a marathon not a sprint with the closing date coming on April 26.

London 2012 chairman Lord Coe called it the "daddy of all ticketing strategies" and stressed tickets would not be distributed on a first-come-first-served basis.

How do I apply for London 2012 Olympic tickets?

He was quoted by the UK Press Association saying: "We have 2.5 million people saying they want tickets and right across the process this is where we want to be -- for people to buy tickets and get them in to the system -- but there is no hurry.

"You have no greater chance of getting a ticket on March 15 than say 22 days in to the process. We have got every confidence that everybody who wants to come will get a chance."

There are a total of 650 sessions during the games spread across 17 days with 26 sports to choose from. The popular events, like the men's 100 meter final, are limited to four tickets per person.