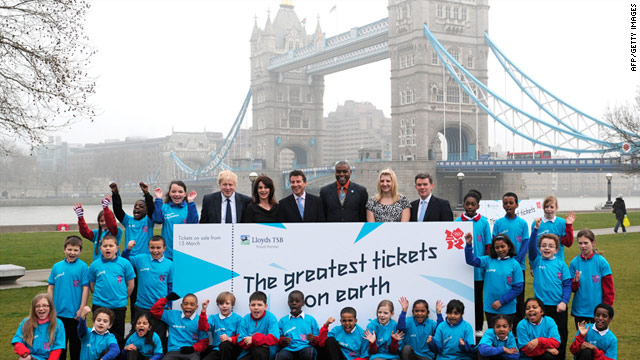 (CNN) -- Tickets went on sale for the 2012 London Olympics on Tuesday, but some sports fans were unable to process their applications due to problems with the online payment system.

The official website accepts only Visa cards, but people trying to use ones which expire before the end of this August were unable to complete the process, the UK Press Association reported.

Some 6.6 million seats went up for grabs 500 days from the start of the Games in the British capital, and people have until 2259 GMT on April 26 to apply. Payments must be made between May 10 and June 10.

"What Visa is trying to do is to ensure that more people will be able to apply by bringing this threshold forward so that it will only be if your card expires before the end of June that the site will not process your order," a London 2012 spokesman told PA.

How do I apply for London 2012 Olympic tickets?

"It means if your card runs out in July you will still be able to apply, but you will just need to come into the process a bit later. It is an issue with Visa rather than the website or our systems."

On Monday, London 2012 chairman Sebastian Coe said there was no rush to apply for tickets as they would not be distributed on a first-come-first-served basis.

"You have no greater chance of getting a ticket on March 15 than say 22 days in to the process. We have got every confidence that everybody who wants to come will get a chance," the two-time Olympic gold medallist told PA.

There are a total of 650 sessions during the Games, spread across 17 days with 26 sports to choose from. The popular events, like the men's 100 meters athletics final, are limited to four tickets per person.