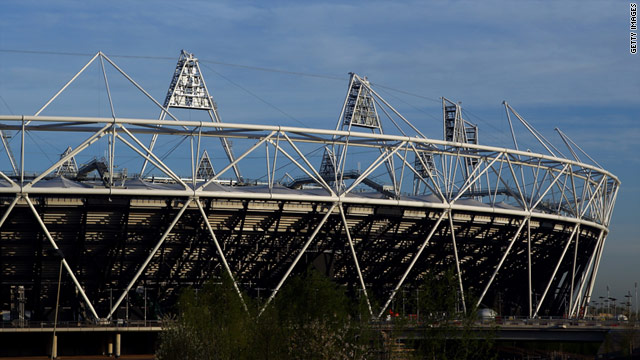 The opening and closing ceremonies in the Olympic stadium are a sellout.
STORY HIGHLIGHTS

(CNN) -- More than 1.8 million people have tried to buy over 20 million tickets for the London 2012 Olympics, organizers said Wednesday.

The initial application deadline was extended by an hour to cope with the increased demand for the 6.6 million tickets which are actually available.

Organizers said that over 50 per cent of the 650 sessions across 26 sports are oversubscribed and tickets will be allocated by automated ballots.

With 95 per cent of the tickets purchased by British nationals, the sports which are already a sell-out are, in the main, where home hopes rest for gold medals.

We are thrilled with the response right across the board, in all sports and all sessions
--Sebastian Coe
RELATED TOPICS

Track cycling, where four-time Olympic champion Chris Hoy will bid to add to his tally, joined triathlon, rhythmic gymnastics, modern pentathlon, equestrian cross country and both the opening and closing ceremonies in being immediately oversubscribed.

The majority of sessions in swimming and tennis, which is being held at Wimbledon, will also go to ballot.

London 2012 chairman Sebastian Coe said: "We are thrilled with the response right across the board, in all sports and all sessions.

"Certain events have seen massive demand for example the opening ceremony, which is more than 10 times oversubscribed," he added.

The application process lasted six weeks, with prices ranging from £20 ($33) to £2012 ($3,324) and organizers said Wednesday that there will be further opportunities to apply for remaining tickets later this year.

Britain last staged an Olympic Games in 1948 and the bulk of the sites, including the main stadium where the athletics will take place, are based in East London.