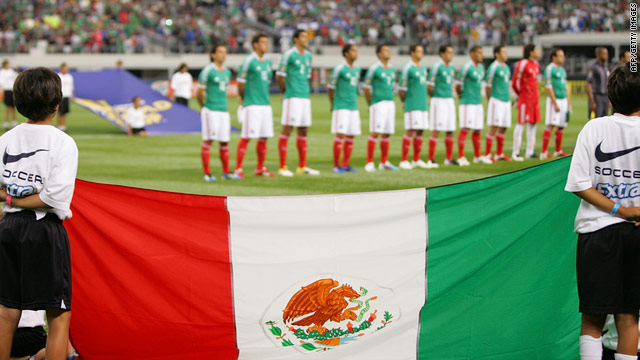 (CNN) -- The governing body of Mexican football has banned five players from its national team after they failed drugs tests taken in late May before the start of an international tournament.

The five tested positive for clenbuterol, a banned anabolic agent that can be found in meats.

The suspensions could be devastating to Mexico's chances at the Gold Cup, an international tournament currently under way that includes nations from North America, Central America and the Caribbean. Mexico is the tournament's returning champion.

Samples of red meat have been collected from a restaurant the players had frequented and will be tested, according to the federation.

The federation stated that a final decision on the players' status is pending the results of the tests.