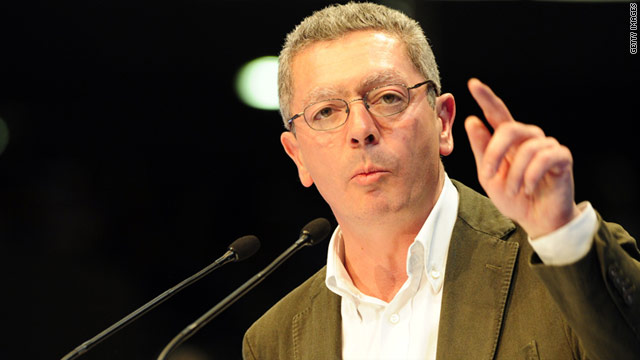 Alberto Ruiz-Gallardon has been the mayor of Madrid, Spain's capital city, since 2003.
STORY HIGHLIGHTS

(CNN) -- The mayor of the Spanish capital Madrid confirmed Wednesday the city will bid for the 2020 Olympic Games.

Madrid launched unsuccessful bids for both the 2012 Games, set to be held in London, and the 2016 edition, awarded to Rio de Janeiro.

The city hopes to emulate South Korea's Pyongchang, which was last week awarded the 2018 Winter Games at the third attempt.

An official announcement on the location of the 2020 Games will be made by the International Olympic Committee (IOC) in Buenos Aires, Argentina in September 2013.

If we were not convinced that Madrid had a good chance, we wouldn't have taken this step
--Alberto Ruiz-Gallardon
RELATED TOPICS

"If we were not convinced that Madrid had a good chance, we wouldn't have taken this step," mayor Alberto Ruiz-Gallardon told the city council's official website.

"All of our work is going to be centered around convincing the 100 IOC members that our project deserves to win based on the criteria of professionalism and efficiency."

"This indicates that the IOC rewards perseverance and experience: two factors that Madrid has and have meant that our submission for candidacy was an unmissable opportunity."

The last Spanish city to stage the summer Olympics was Barcelona in 1992.

The full list of cities bidding to host the 2020 Games will be officially announced by the IOC on September 1 of this year.