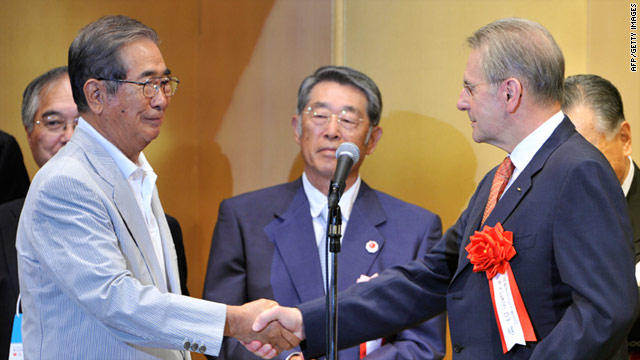 (CNN) -- Tokyo on Saturday formally announced its bid to host the 2020 Summer Olympics, despite setbacks in earlier tries.

Tokyo governor Shintaro Ishihara announced the city's candidacy at a ceremony marking the 100th anniversary of the Japanese Olympic Committee and the Japan Sports Association.

"As far as we try for hosting Olympic game, we should have nothing but victory," he said.

Tokyo previously hosted the Olympics in 1964, and the 1972 and 1998 Winter Games were also hosted by Japan, in Sapporo and Nagano, respectively.

Most recently, Tokyo led an unsuccessful bid to host the 2016 Olympics, which will be held in Rio de Janeiro, Brazil. Another recent failed Japanese bid was for Osaka to host the 2008 Olympics.

Ishihara said that the Olympic Games would help Japan recover from the deadly March 11 earthquake and tsunami and make it a better country, the public broadcaster NHK reported.

International Olympic Committee president Jacques Rogge was in attendance at the Tokyo event.

Extensive preparations will be the key to a winning Japanese bid, Ishihara said.

Journalists Chie Kobayashi and Junko Ogura contributed to this report for CNN.