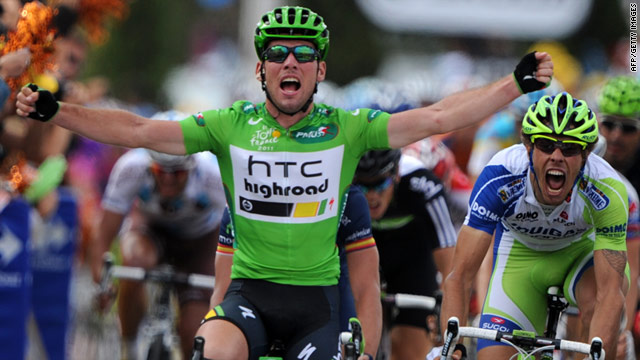 (CNN) -- HTC-Highroad, the cycling team that top Tour de France sprinter Mark Cavendish races for, is to fold at the end of the season.

Bob Stapleton, manager of the United States team, said Thursday that closing was the best option after a deal with a potential partner broke down over the weekend.

HTC have racked up 93 victories between their male and female riders in 2011, and are the sport's most successful team in the past three years.

In a statement Stapleton said: "After an exhaustive search to secure long-term sponsorship we have concluded that it's time to release our team members to pursue other options.

"Our team's success has been based on our outstanding people. It's in their best interest that we make this decision now."

Cavendish, has won 20 stages of the Tour de France for HTC-Highroad, and claimed the green jersey -- for the event's best sprinter -- in the most recent installment that finished last month.

In further quotes carried by AFP, Stapleton added: "Our view was that if we couldn't be close enough on financial firepower, we couldn't consistently outperform with far less money.

"And if we couldn't be in a leadership position in the sport, then we weren't going to be in a position to drive change and that was our fundamental mission coming in, and if we weren't going to succeed in that, then it was best to let people go and pursue their own interests."

Since launching in 2008, HTC-Highroad has won 484 races including 54 grand tour stages.