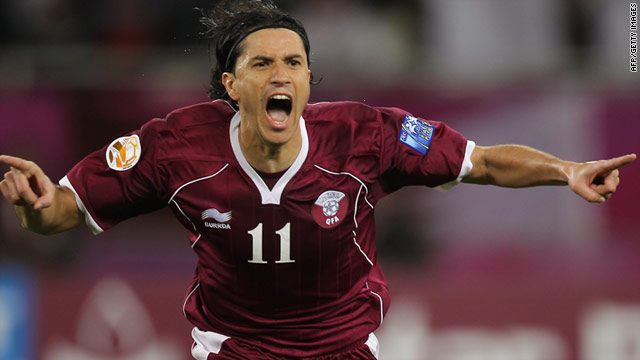 (CNN) -- Hosts Qatar have qualified for the quarterfinals of the Asian Cup after a comfortable 3-0 win over Group A strugglers Kuwait at the Khalifa Stadium.

Fabio Cesar rounded the evening off in style with a well-taken free kick in the 86th minute to seal their second win of this year's competition.

Meanwhile, China -- Qatar's rivals for the runners-up spot in Group A -- could only draw 2-2 against group winners Uzbekistan meaning they crash out of the tournament early yet again.

Yu Hai gave China the lead in the seventh minute only for the Uzbeks to mount a comeback.

Strikes from Akhmedov on the half hour and CSKA Moscow forward Alexander Geynrih shortly after the break saw them take the lead.

But it was short lived as Junmin executed a brilliant free kick to level the scores.

Qatar will now face the team who finish top of Group B, which looks likely to be Japan -- one of the favorites to win the tournament.